Plan a great escape to North Queensland for some wild times in the Daintree, writes Mike Yardley.

The World Heritage-protected Daintree region of North Queensland is a tropical wonderland in excelsis, comprising 95kms of supreme coastal rainforest and white-sand tropical beaches. My small group of fellow sightseers headed north on the Captain Cook Highway on a guided tour from Port Douglas, for a day of delight and discovery through the Daintree and to Cape Tribulation. En-route to Mossman, vast swathes of sugarcane plantations awaiting harvest dwarfed the highway, inter-linked with narrow-gauge railway tracks providing trusty transportation to the processing plant. Unlike our over-reliance on trucks for transportation in New Zealand, the cane trains are a welcome, reaffirming statement about how decent infrastructure can liberate the roads.

Without the trains, the Captain Cook Highway would be a dog’s breakfast, overwhelmed by a juggernaut of trucks. Mossman is a picturesque service town, brimming with historic pubs with wide verandahs, and a stunning avenue of 100-year-old Jamaican raintrees, creating a triumphant canopy across the highway’s northern entrance into town. After a brief toilet stop in Mossman, it’s a short hop to the Daintree River, where we boarded our boat for a taste of wildlife unplugged.

The 140km long Daintree River, of which a third is tidal, boasts a bewildering abundance of wildlife. In fact 40% of all of Australia’s bird species can be found in the Daintree, but it’s sighting the saltwater crocodiles who lurk in the river that provides the biggest frisson. Our river cruise pilot, Bruce, added a sense of theatre to the croc-spotting mission, excitedly yelling out, “Tracking 12 o’clock, tracking, tracking…just in front of us…croc identified!”  As it was, with the tide high, most of the crocs were successfully tracked down, but partially submerged in the mangroves. Fang and Scar Face, are the two established alpha males of the river, who both span nearly five metres in length, while Lizzy is one of the river’s matriarchs. These remarkable creatures pre-date dinosaurs, with a lineage that reaches back 240 million years. These a very good reason not to swim in croc-infested waters. Ignore the signposting at your peril. Crocs can go underwater and hold their breath for a staggering two hours. Lizzy had 17 hatchlings this year and we spotted some of them, sitting on riverside tree stumps.

Bruce remarked that the good thing about the hatchlings, is they’re easy to photograph. “Get them enlarged and you’re friends will never know it was just a baby you snapped.” A little camera magic never goes astray. For every crocodile eggs that hatch, only 1 in every 100 babies survive the first year. They face a formidable array of hostile co-inhabitants. None more so than the 43 species of snakes that the Wet Tropics area is home to.  We saw a heap of tree snakes, entwined in the riverside branches, happily sunning themselves. But the king specimen is the Amethystine Python, the third largest snake in the world, spanning 9 metres in length. These guys swallow saltwater crocodiles, cassowaries, dogs, chooks – even kangaroos. What a diet. The river thronged with birdlife, but one of the most enchanting sights that Bruce pointed out to us are the bird nests with verandahs.

These tear-dropped shaped nests ingeniously protect the birds from the heavy rainfall flooding their homes. Disembarking from the boat on the north side of the Daintree River, you enter the heart of the forest, which is considered the oldest rainforest in the world, clocking in at 135 million years. Named after Richard Daintree, the eminent geologist didn’t actually come here. After the relishing the river jaunt and reboarding the bus truck, we headed to Alexandra Range Lookout, or Wal Wugirriga, which provides a supreme panoramic perspective of how the lush rainforest dips down to the waterline to meet the Great Barrier Reef. Two World Heritage treasures, essentially locking lips.  Driving through the rainforest, I was surprised to discover that it’s only recently enjoyed its status as a protected habitat, declared off-limits to commercial logging since 1988.

There’s a spree of walking trails, to suit all stamina levels. We headed to the Daintree Discovery Centre, adjoined by some artfully designed boardwalks and aerial walkways. I gazed in awe at the multitude of ferns, palms and cycads, marvelling at the variety of shapes, forms and textures within the forest. The King Ferns are particularly gorgeous, strutting 7 metre long fronds. One of my favourite specimens would have to be the rather unfortunately named sperm tree, conspicuous by its enormous buttressed roots, a sculptural masterpiece of nature to rival a Gothic cathedral.  Many tall timber specimens in the Daintree are supported by buttress roots, providing the trees with the stability to withstand the very shallow soils. After a fabulous barbeque lunch, I enjoyed a cup of Daintree Tea.

Organically grown, it has a very woodsy taste, but is very high in antioxidants.  It’s got to be good for you, I thought, as I gulped it down.  After lunch, we headed to Cape Tribulation, evocatively named by Captain James Cook, while mapping the East Coast of Australia in 1770-71. Trails and much tribulation confronted Cook and his crew, after the Endeavour struck the Great Barrier Reef, gouging a massive hole in the ship’s side. The actual chunk of coral Cook struck is named Endeavour Reef. The crippled Endeavour finally managed to free itself from the reef after Cook’s crew throw all manner of cargo into the sea (including cannons), limping ashore by Cape Tribulation to make rough and ready repairs. (One of those cannons now adorns the memorial at Ship Cove in Marlborough, in honour of Cook’s time in Queen Charlotte Sound, where Ship Cove was one of his favourite anchorage spots.)

Cape Tribulation Beach is a beauty, a crescent-shaped sweep of creamy sand. Our group were fascinated by the dot painting patterns carpeting the beach, created by crabs expelling their balls of digested sand from underground. We mused as to whether the crab patterns provided the artistic inspiration to Aboriginal dot painting. Gazing across this stupendous beach from the look out, the lack of swimmers is conspicuous between October and May. And wisely so – it’s stinger season. That’s when box jellyfish are out in force, swimming and drifting on the current. They have the most lethal toxin known to man. But alongside the Daintree’s menacing beasties, beauty abounds. We spotted a glorious peppermint stick insect chilling out on a palm frond. It looked like a giant twig dunked in vivid lime.

On the other side of a path, a beautiful white-lipped tree frog was keeping his powder dry, vigilantly eyeing us up. And directly above us, a Golden Orb Spider, with a stunning span of over 30cms, was sitting in the heart of his gargantuan web of complex lacing, to rival the Auckland motorway network.  One final stop entailed travelling along the 4WD Bloomfield Track to Emmagen Creek for a refreshing swim. We then indulged in a feast of succulent tropical fruit, damper and a cup of Billy Tea. Our final stop on the drive back to Port Douglas was at Mossman Gorge, where we delighted in the recent eco-tourism developments that have been created by the Mossman Gorge Aboriginal community, and the traditional Daintree owners, the Kuku Yalanji. 90% of the employees at the Mossman Gorge Centre are indigenous.

We met our local Kuku Yalanji guide, Tom, who imparted a fabulous overview of his culture, basic language skills (Yalada!) and insights about how the forest has been a huge provider of traditional food, medicine, the artistic palette, tools and weaponry for his people.  After a scrumptious afternoon tea of damper scones and locally made honey – oh, and more Daintree tea, we were led on a soothing forest stroll via the beautiful boardwalks and suspension bridges. More stirring forest species were pinpointed, from the electric red flowers of native ginger, to the eye-catching basket ferns and towering red cedars, with buttress roots. Our walk culminated with one last frisson of the day – the confluence of the Rex Creek and Mossman River waters, at the Gorge. Crystal-clear water cascades over the rich sandstone rocks. Clad in verdant forest finery, it’s a magical setting. And yes – you can safely enjoy a cooling dip here.

Another captivating way to bask in the brilliance of Mossman Gorge is to try your hand at stand up paddling (SUP). Windswell operate a fun river SUP tour, as you paddle upstream through the verdant embrace of the Daintree Rainforest. You’ll get a full safety briefing and demo on arrival, before traversing through the crystalline freshwater of Mossman Gorge. Along the way, your instructor will share with you a range of native flora and fauna of the wet tropics, as you zen-out listening to the gentle hum of the forest. You’ll also get the chance to take a refreshing dip in the healing waters of the Kuku Yalanji country, using a natural body ochre scrub found on the riverbanks, before tucking into a tropical fruit buffet. Finally, just lay back, relax and let the smooth current drift you back to base on your paddleboard. Bliss! What a ravishing pocket of wonder in the Sunshine State. www.windswell.com.au 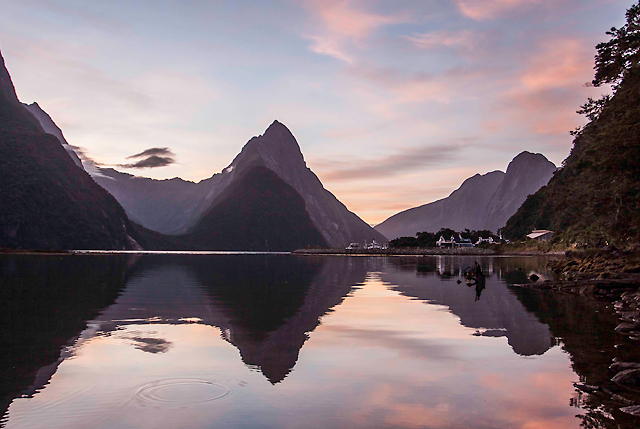 The road to Milford: Highway Heaven 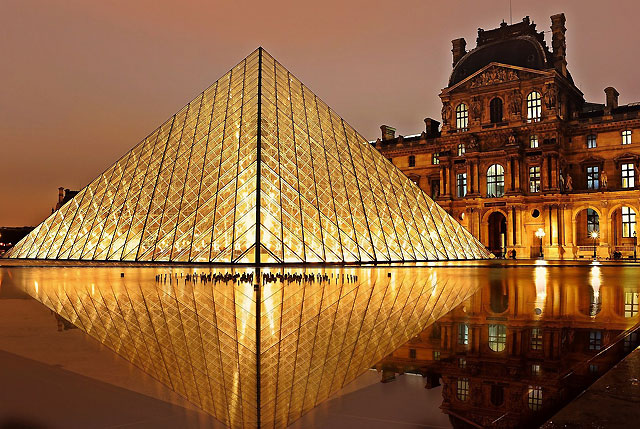 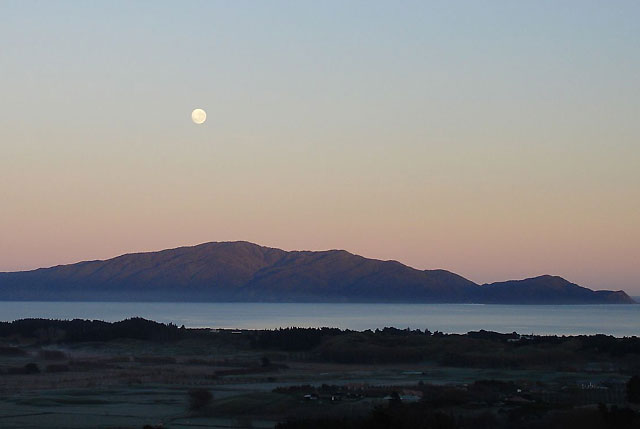