While the pandemic keeps Europe’s finest follies and landmark palaces shut to the outside world, there’s plenty of star specimens where you can still peek behind the regal curtains, on a virtual palace visit. Whether you want to follow in the footsteps of Queen Elizabeth II, Louis XIV of France, Carl XVI Gustav of Sweden or Russia’s Peter the Great, you an immerse yourself in the splendour of their palatial residences, without even leaving the comfort of your lounge. I’ve rounded up some of the most incredible palace and castle tours in Europe you can access online. 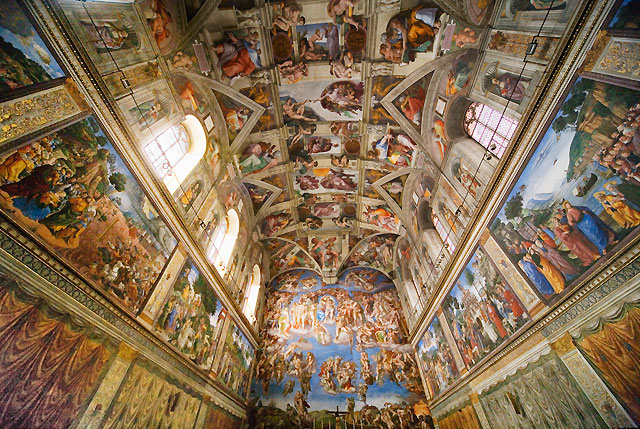 The Vatican: Hot on the heels of Easter, start at the Apostolic Palace (also known as the Papal Palace), which comprises a clutch of buildings including the Vatican Museums and the serene Sistine Chapel. The Vatican has ramped up their online offering, with a deep dip into their treasures via seven virtual 360-degree insider tours, headlined by the Sistine Chapel and Raphael’s Rooms. You can gaze upon the intimate details of those wall and ceiling frescoes, from every angle, at your pace and taking full advantage of the website’s super zoom and focus controls. While Michelangelo was painting the Sistine Chapel, Raphael was adorning the wider palace in frescoes. He died on Good Friday, exactly 500 years ago. When he died at the age of 37 he was already running the equivalent of a Fortune 500 company – the largest studio of the Renaissance. www.museivaticani.va/ 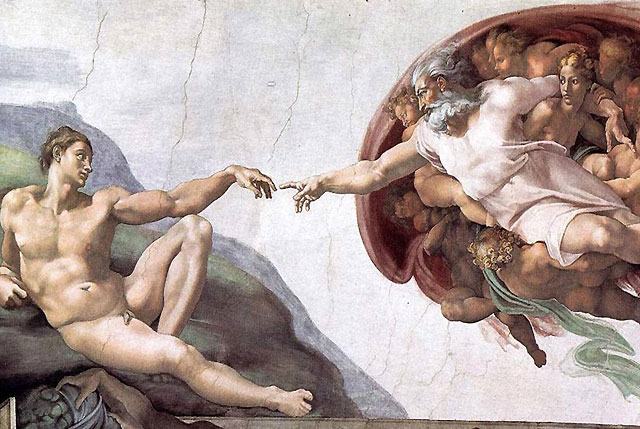 Windsor Castle: The world’s news channels turned their attention to this 900 year old castle just a few days ago, as Her Majesty deftly sought to reassure a troubled nation and Commonwealth. With the Queen and Prince Philip self-isolating at Windsor, this time-honoured 1000-roomed fortress very much remains a working palace and royal home. It is actually the largest occupied castle in the world and when she’s not hunkering down here to ride out a pandemic, the Queen prefers to spends most weekends here. 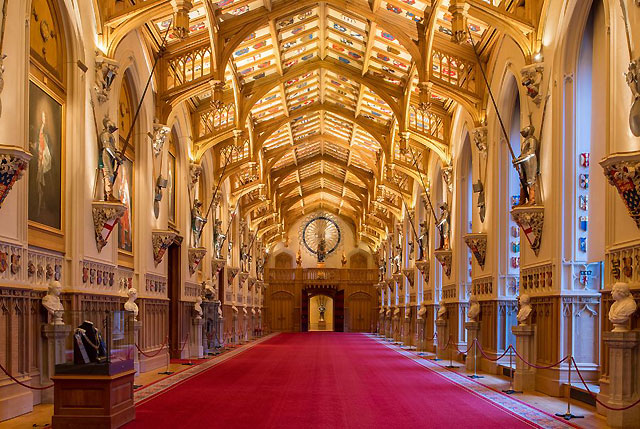 You’ll get a great taste of the palace interiors on the official virtual tour, including the regal extravagance of a traditional State Banquet in St George’s Hall — the location for the Duke and Duchess of Sussex’s 2018 wedding reception. From the whopping expanse of the Waterloo Chamber to the gold-leaf filled Crimson Drawing Room, you’ll also appreciate the staggering triumph of the post-fire restoration effort. www.royal.uk/virtual-tours-windsor-castle 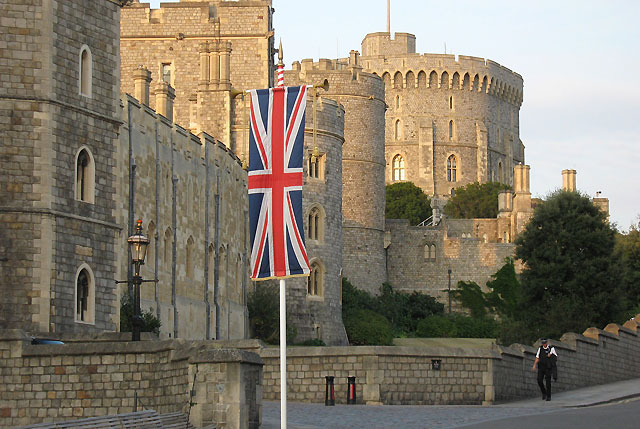 Buckingham Palace: Boasting 775 rooms of which 240 are bathrooms and 78 are bathrooms, Buck House is a colossus. But it’s the 19 Staterooms that wow the crowds when the palace typically opens its doors to the public over the peak summer months. The covid crisis will probably scuttle those plans this year, but the Royal website serves up a rich flavour of the interiors, showcasing the Throne Room, Grand Staircase and Drawing Rooms. Personally, I find Windsor far more engaging. https://www.royal.uk/virtual-tours-buckingham-palace 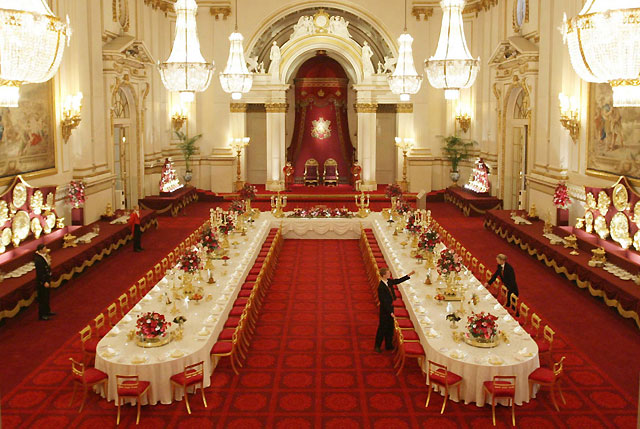 Palace of Versailles: No royal palace has quite the history of Versailles, nor the head-swirling size of its grounds. Spanning 8 million square metres, you could fit four Monaco’s on Versailles’ grounds! The one-time hunting lodge was lavishly transformed into the palace you see today by Louis XIV, the Sun King, remaining the official residence of the French monarch until the French Revolution forced Louis XVI and Marie Antoinette to flee its gates in 1789.

With the King and Queen executed, Versailles became the Museum of the History of France, later  and later played a key role as the location of the ill-fated peace treaty at the end of WWI. More recently, it hosted the pre-wedding dinner of Kanye West and Kim Kardashian. 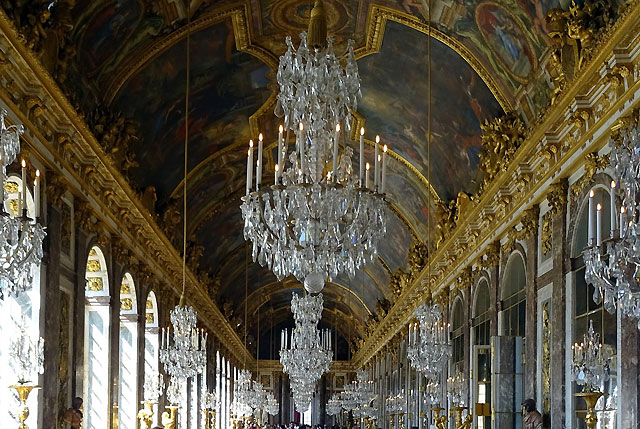 In many ways, a virtual tour is easier than a physical visit: with 2,300 rooms spread over five kms. If you thought Windsor is a whopper, Versailles is off-the-charts. The virtual tour gives you access to all the highlights in the staterooms and hundreds of works of art, with commentary from the museum’s scientific teams. For the ultimate experience, slap on your VR headset and enjoy a fully immersive tour, freely exploring the King’s and Queen’s State Apartments, the Royal Chapel, the Royal Opera House, and the Hall of Mirrors, complete with expert audio narration. 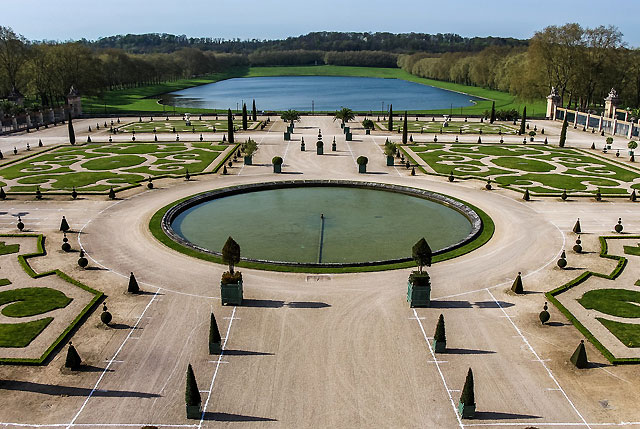 It’s the vest VR palace tour I have come across, with a feast of clever touches. For example, there’s a feature which removes the chandeliers so you can see the ceilings of each room in incredible detail. The highlight is being transported to the Hall of Mirrors, as night falls.  http://en.chateauversailles.fr/

If you don’t have a VR headset, fear not, Google Arts & Culture also features the best package of online galleries. It’s astounding how much there is to explore. https://artsandculture.google.com/partner/palace-of-versailles 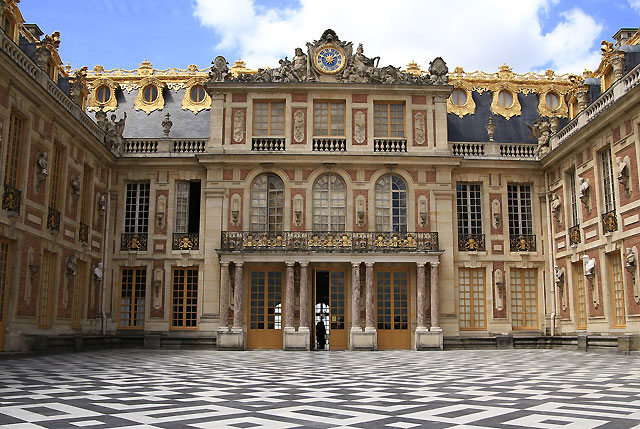 Royal Palace Stockholm: The 600-room palace, overlooking the Stockholm waterfront, is the official residence of King Carl XVI Gustav. Built during the eighteenth century on the spot where the ancient “Tre Kronor” castle burned down in 1697, it features five museums, the imposing Hall of State and a silver throne made for the coronation of Queen Kristina in 1650. The official virtual tour provides a taster of its finery. https://www.kungligaslotten.se/english/

Royal Palace, Amsterdam: It’s provided the backdrop to glittering state occasions and houses the throne room of the Netherlands, yet the Royal Palace began life as Amsterdam’s humble town hall. King Louis Bonaparte changed all that after assuming control in 1808, and transforming the building into a royal home. Renowned for its collection of beautiful furniture, priceless sculptures and ornate marble galleries, the virtual tour transports you into the heart of the palace to admire its treasures. https://www.paleisamsterdam.nl/en/

Schonbrunn Palace, Vienna:  It’s Austria’s most visited site, a 1400-room Baroque blockbuster speaking the prestige of the mighty Hapsburg Empire. The World Heritage Site, located in Vienna, was the summer palace for many of the Hapsburg rulers, over the course of 200 years, following its construction in 1700.  The Hapsburg family were determined to imitate the ornate extravagance of Versailles. You can see where Wolfgang Amadeus Mozart, at the age of 6, performed for Empress Maria Theresa at Schonbrunn in 1772. The young prodigy played duets with his older sister, Nannerl, in the Hall of Mirrors. 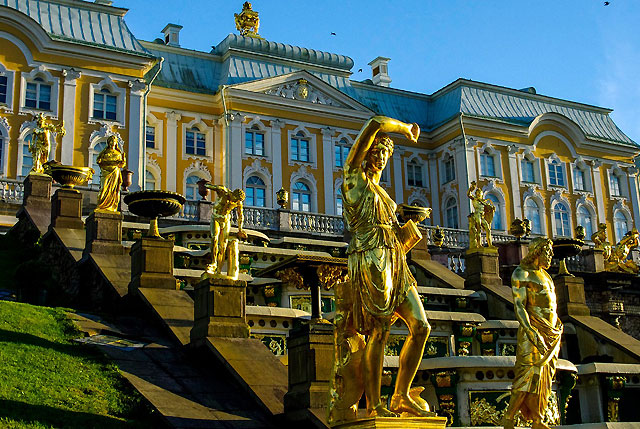 When the imperial family vacated Schonbrunn after World War I, the palace staff retained rights to remain in their home. Efforts were made to recreate the palace as a home for children, and as a training facility for nursery school teachers. However, the building quickly proved too difficult to heat and maintain. Not only can you get a good look at some of the most famous artworks in the palace, you can also roam the colossal palace with Google Arts & Culture. https://artsandculture.google.com/partner/schloss-schoenbrunn

Peterhof, Russia: Finally, in another brazen example of keeping with the Joneses, Russia’s Peterhof palace is the beautifully preserved imperial estate, constructed in 1710 by Peter the Great, as “The Russian Versailles.” Constructed on the shores of the Gulf of Finland, it combines several ornate palaces, wrapped in landscaped gardens and a dazzling array of magnificent statues and fountains. The Grand Cascade flows spectacularly from beneath the palace towards the Baltic Sea and is one of the largest fountain ensembles in the world, decorated with magnificent gold statues. Well worth a virtual tour, before you can see it in the flesh. https://en.peterhofmuseum.ru/special/live 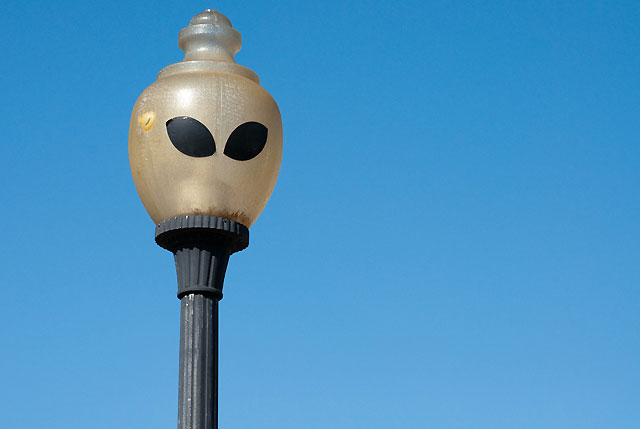 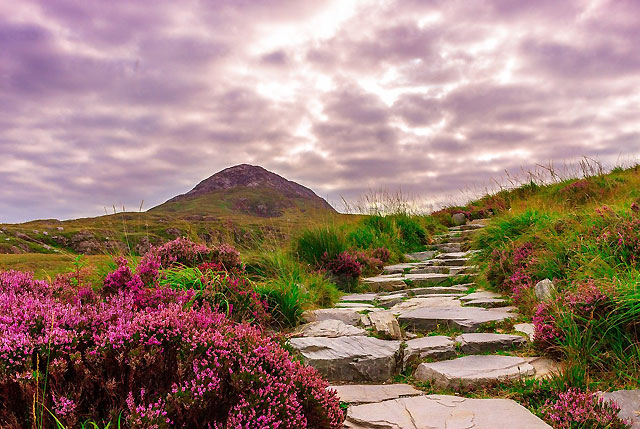 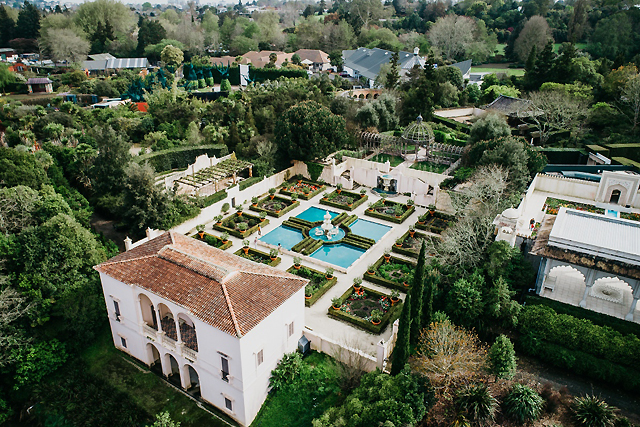 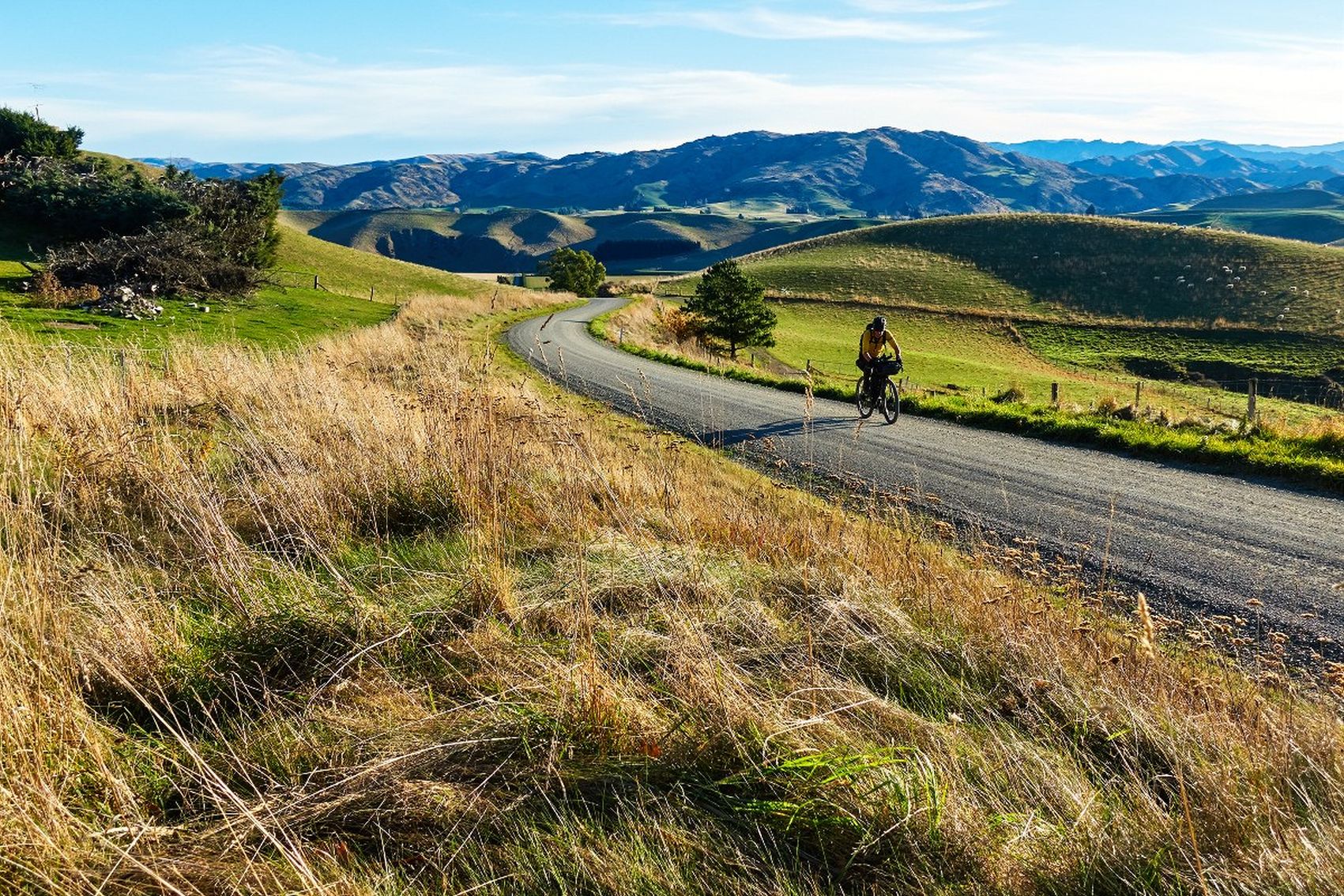