Travel movies to fuel your wanderlust

Movies have the power to inspire and transport—to spirit you away on a European grand tour, to hills that still seem alive around Salzburg, or to ogle wildlife on your own Out of Africa adventure. For many international visitors to our own country, the tourism pulling-power of The Rings and The Hobbit blockbusters has been an epic bonanza. Great travel movies are the ones that evoke the magic of the journey or the destination, the wondrous scenery, the sense of place, the escapism of travel and its life-changing rewards. They serve as reminders as to the wonders that are out there, waiting for us to explore once again.

For absolute classics, it’s hard to beat Roman Holiday, ripping through the streets of Rome on a Vespa. This 1953 Hollywood classic stars Audrey Hepburn as a Princess who wants to experience the magic of Rome as a regular traveller and Gregory Peck as a journalist who becomes her willing tour guide. Then there’s To Catch a Thief, a 1955 romp starring Cary Grant and Grace Kelly, directed by Alfred Hitchcock. This stunning thriller was filmed in Cannes, Monaco and Nice and perfectly captures the Golden Age of travel when bringing a gold gown to the beach was a no-brainer. 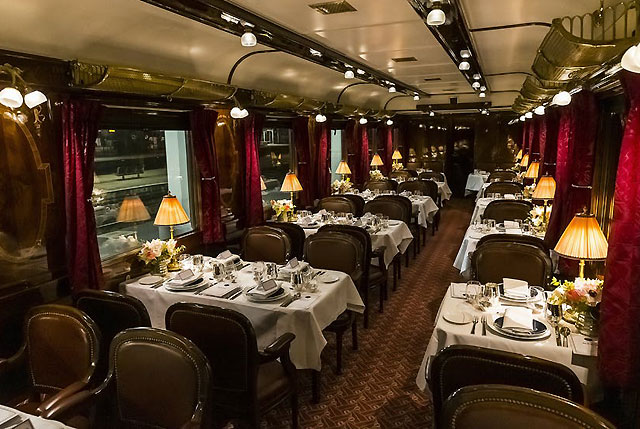 Murder on the Orient Express: While the 2017 remake was gorgeous to look at, there’s no beating the 1974 original. The mystery boasts an excellent ensemble cast led by Albert Finney as Agatha Christie’s iconic Belgian detective Hercule Poirot. The train’s first-class compartment of characters, runs the gamut from a Russian princess to a gorgeous young countess. Throw in the snowy Yugoslavian countryside, and train travel has never looked so glamorous. (Minus the murder, of course.)

Speaking of train travel, The Darjeeling Limited is a great romp. Set on a cramped train rattling across the subcontinent, Darjeeling juxtaposes the claustrophobia of travel against the backdrop of Rajasthan’s vast open spaces. The movie’s most arresting visuals come in the form of barren desert and mountain landscapes. Rajasthan really is the star. 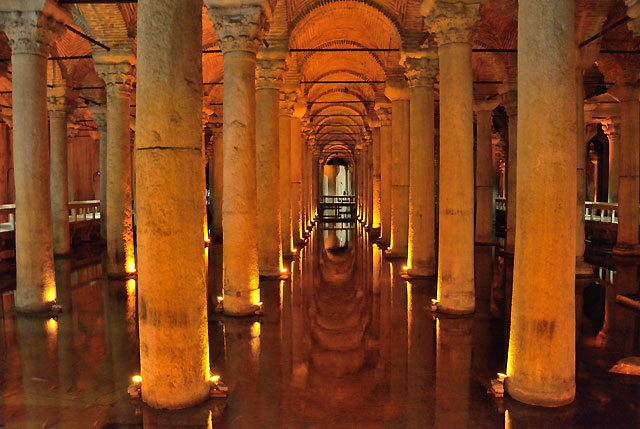 Looming large of any self-respecting list of great travel movies would have to be a stash of Bond films. Glorious, glamourous far-flung destinations are a quintessential signature of any Bond flick. In fact, there’s a tour company that arranges tailored trips based on the destinations and hotels that featured in the Bond movie of your choice. www.onthetracksof007.com

From Russia to Love first hatched my abiding infatuation with the heady and exotic allure of Istanbul – so lustily showcased in the movie. And one of my favourite Bond haunts takes pride of place in Schilthorn, Switzerland. Taking a starring role in On Her Majesty’s Secret Service, it’s on this mountain summit that you will find the Piz Gloria revolving restaurant, which doubled as the secret alpine lair of Bond villain, Blofield. 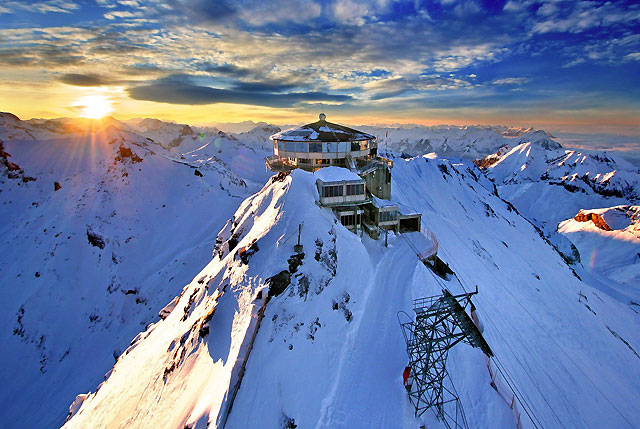 The Bond producers were so struck by the setting that they actually funded finishing the construction of this summit restaurant, 3000 metres above sea level, in exchange for being allowed to use it for filming on-location. Today it remains a shrine to all things 007 and is a top location haunt for James Bond aficionados with an extensive Bond museum. Incidentally, the Covid pandemic has delayed the premiere of the next Bond release, No Time to Die. Daniel Craig’s last hurrah and the 25th Bond movie release has been pushed back to November.

Like every Bond movie, No Time to Die will span the globe, showing viewers not just London, but also far-flung locations like Italy, Jamaica, Norway and Scotland. From Dr. No to Spectre, each Bond is enough to give you the serious travel bug, even if you can’t afford the luxury hotels someone on a government payroll seems to be able to manage. 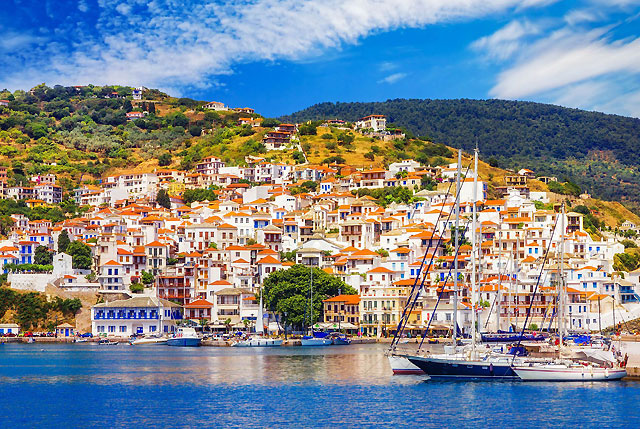 There’s certainly no shortage of smash-hit flicks focused on women finding themselves in exotic locales whether it be Mamma Mia or Eat Pray Love. Whatever you think about Eat Pray Love, no other film promotes a fabulous year of long-term travel quite like it. Go one better with Under the Tuscan Sun, a firm favourite of mine, because of its real-life storyline. Who doesn’t dream of dropping everything to buy a house in Tuscany? 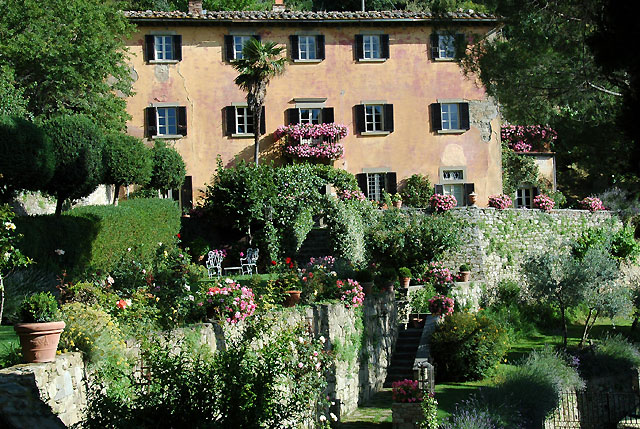 Based on the true story of Frances Mayes, Diane Lane is cast as Mayes in the movie, shot on-location in Rome, Cortona and the glittery Amalfi Coast. The 200-year-old farmhouse villa that Mayes purchases – and still lives in, is called Bramasole and you can see it in the flesh, just outside Cortona, swathed in jaw-dropping Tuscan scenery.

Is there a more seminal backpacker film than The Beach? Leonardo DiCaprio stars as a budget traveller looking for paradise among the islands in Thailand, starring Maya Bay in the Phi Phi Islands, which has continued to be so fiendishly popular on the back of the movie, that it was ordered closed, before the Covid crisis struck, to allow the polluted coral reefs to recover. 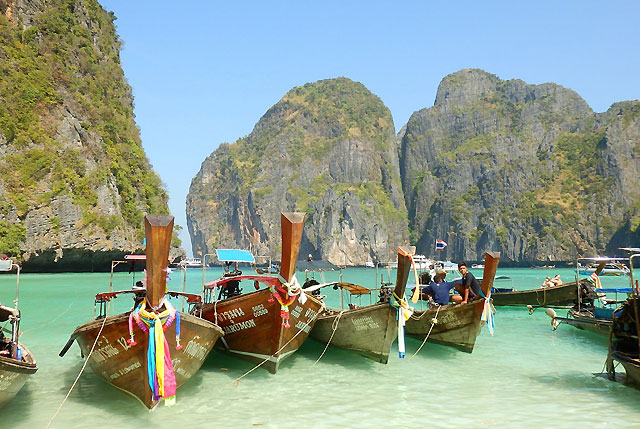 Pilgrim-powered travel is best exemplified by The Way. Martin Sheen takes his late son’s place on the Camino de Santiago pilgrimage across Northern Spain. Featuring beautiful Galician landscapes and the notion that you’re never too young for a great adventure.

Amélie: Paris is one big sparkly confection in this sun-splashed modern fairy tale. Jean-Pierre Jeunet’s camera looks at the city through candy-coloured lenses, primarily tracking his quirky-loner heroine (Audrey Tautou) through the atmospheric lanes of Montmartre. Everything seems to be lit from within, from the turquoise water of the Canal Saint-Martin to the garish red lights of a Pigalle sex shop. The city has never looked so dreamy. 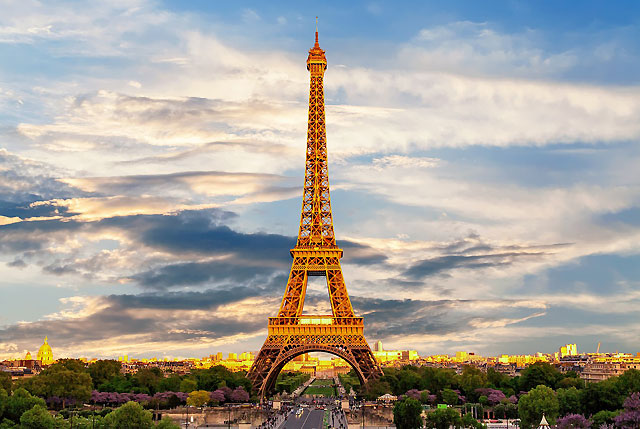 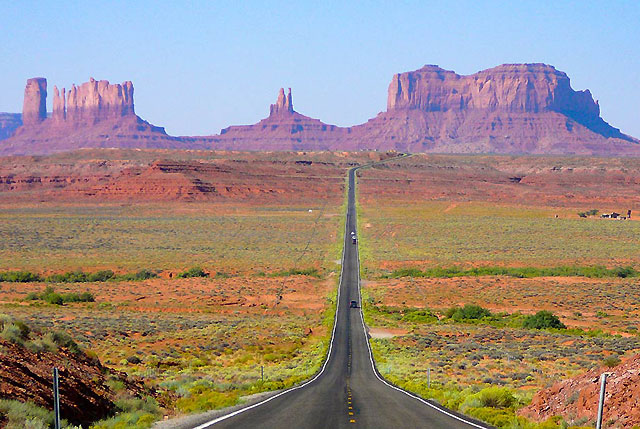 What about Adventures of Priscilla, Queen of the Desert – one of the world’s most daring road-trip movies? A drag act travelling through the Australian outback singing Abba in a rickety old bus called Priscilla? It shouldn’t work, but it does and is an enduring advertisement for the mighty Outback. The Palace Hotel in Broken Hill, heavily featured in the movie, still does a roaring trade with Priscilla devotees.

Then there is Borat for his X-rated take on road-tripping “the US and A” in pursuit of Pamela Anderson (which I still fill find laugh-out-loud funny.) It would be a glaring oversight to not add to that list, Forrest Gump and his magnetic zest for life as travels all over the country.

The Motorcycle Diaries: Before he was Che, Ernesto Guevara travelled through Peru (including Machu Picchu), Bolivia, Chile and Venezuela. Based on his memoirs, The Motorcycle Diaries is not just a road movie, it documents how travel can change the course of your life forever, sharpening Ernesto’s verve to confront political injustice.

Lost in Translation: Bill Murray and Scarlett Johansson are lost in translation in Sofia Coppola’s acclaimed drama which shows us that the relationships we make while travelling are often more important than the sights we see. From the upmarket Park Hyatt hotel to the neon-filled karaoke bars and streets, the movie is like a tourism ad for Tokyo. But more importantly, it’s a melancholy portrayal of loneliness—even in a city filled with millions of people. 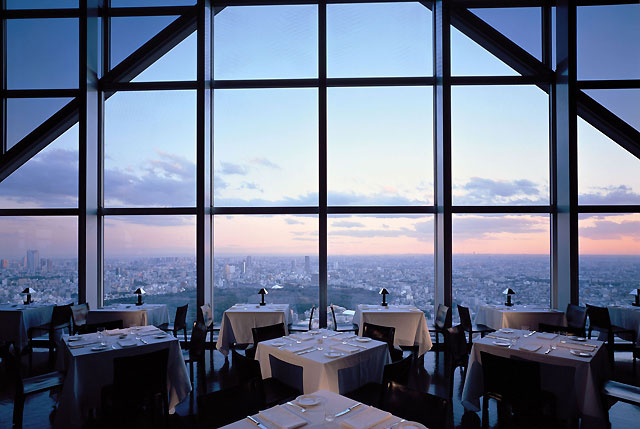 Similarly, Crazy Rich Asians helped rev up Singapore’s street-cred with the moneyed millennials. It’s a hymn to the city’s greatest hits: Gardens by the Bay, the infinity pool of Marina Bay Sands, Chinatown’s pastel-coloured shophouses, and all the hawker centre street food. Booking sights like Expedia reported a 20% spike in enquiries about Singapore in the week following the movie’s premiere in 2018. 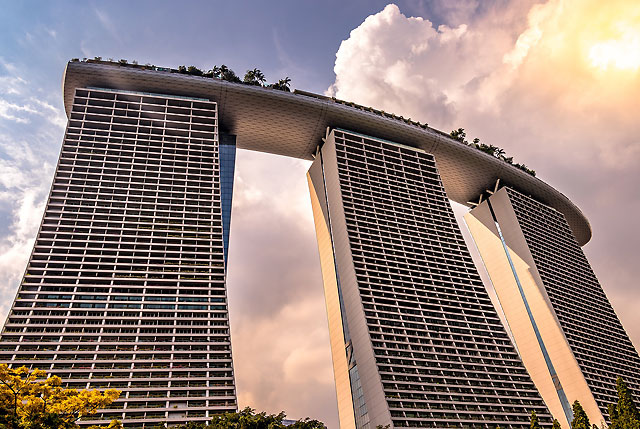 The most famous hotel-based travel movie is arguably The Best Exotic Marigold Hotel. The film is a stark reminder that traveling offers an opportunity to add a whole lot of colour to the daily drudge of our otherwise grey lives, particularly in our senior years. Most of the movie is shot on-location in Jaipur, Rajasthan. The hotel exists in real life in the neighbouring city of Udaipur – the Ravla Khempur, a 17th century property offers 12 en-suite rooms. 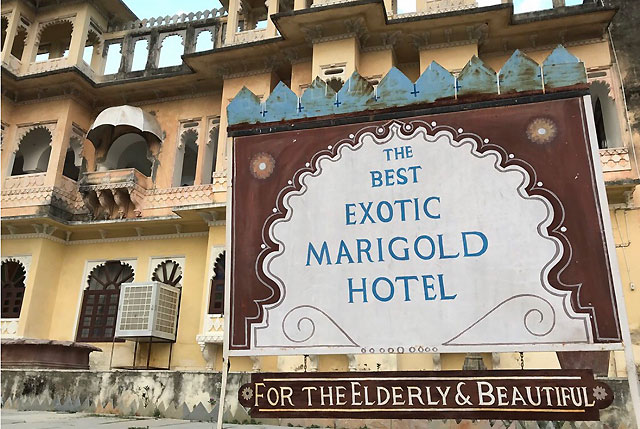 Finally, one of my all-time favourites is My Life in Ruins. This 2009 romantic comedy lustily showcases the glories of Greece, centred around an American tour guide whose life takes a major unexpected detour, while escorting a tour group across the ancient ruins of Greece. There’s a series of unexpected stops along the way – but regardless of the storyline, the scenery and culture on show is unstoppably seductive. 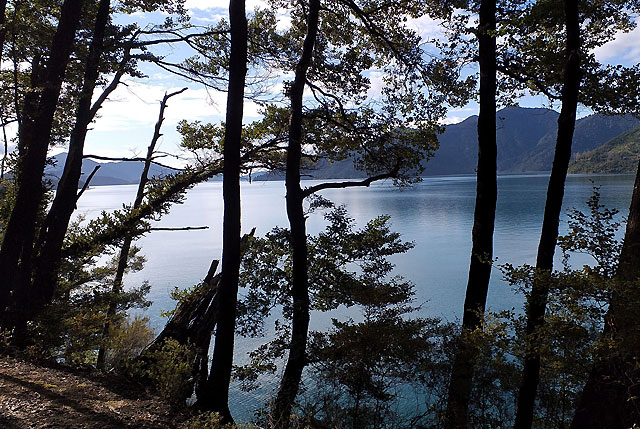 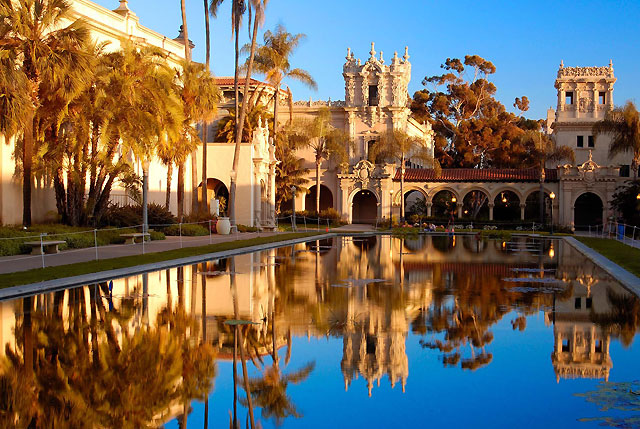