It’s the perfume of Arles, the scent of jasmine, that wafted freely in the balmy air as I strode through through the town’s atmospheric cobbled lanes, where ochre walls and Roman-tiled roofs loom as totems to its rich history. Few towns combine the region’s charms so well as Arles.

Dubbed the Pearl of Provence, on the banks of the Rhone, all manner of luminaries sprung from its loins, including Nostradamus. But it’s Vincent Van Gogh who is intimately connected with Arles, drawn by the light in the latter part of his life. His 18 months in Arles were among his most productive, churning out 187 paintings.

The legacy of his art and troubled life holds supreme pulling power, as you lay eyes on so many sites that he immortalised in paint in all his post-impressionist glory, ablaze in the brushstrokes of his erratic emotional and spiritual state. If you want to sound oh-so-enlightened, Gogh is pronounced more like the Scottish loch, than Gogh as in Phil Goff. I took a walking tour of the old town, led by my trusty guide Joyce, setting off from the old city gates.

Joyce pointed out the site of Van Gogh’s studio and house when he was resident in Arles. A yellow stucco-faced building on Place Lamartine. He famously called the building the Yellow House and planned to lavishly decorate its interior with paintings. Vincent wanted to turn the house into a “studio of the south” where artists could live and work together. Vincent invited Paul Gauguin, whom he had befriended in Paris, for a visit. Though they lived and worked together in harmony at first, their respective personalities and divergent ideas about art soon strained the relationship. Tensions ran so high that in a fit of madness Vincent cut off part of his ear and gave it to a prostitute.

Gauguin went back to Paris while Vincent was admitted to hospital. Meanwhile, the neighbourhood residents were in revolt: they considered Vincent a threat and petitioned the Mayor to have him evicted. Sadly, the building was destroyed by the Allies in WWII when bombing the bridges of Rhone. Strolling through the rambling medieval lanes, bracketed in inviting cafes and shaded by plane trees, the sheer heft of the Roman amphitheatre soon shuffled into view. It is one of the best preserved monuments of Roman Provence, freshly restored with seating for 24,000.

I oohed and aahed over the timeless curves of the amphitheatre. Excavation at this site unearthed many artefacts, notably Venus d’Arles, which now takes pride of place at the Louvre in Paris. Over the centuries, many stone blocks were fleeced from the structure to help build nearby churches and houses.

As part of the guts and glory restoration of Les Arenes (as the locals call it), many of those stones from the medieval townhouses were returned and reinserted into the amphitheatre. Kind of like a stolen stone amnesty! They may have stopped feeding Christians to the lions, but in the summer months, bull-fighting feverishly takes place in the amphitheatre. Although unlike the bloody-thirsty Spanish, the bull-fights in Arles don’t result in death.

Back in the day, well-heeled Arles earned the nickname “Little Roma” and another stupendous vestige of its past is the Roman Theatre, another 2000-year old treasure, three storeys high with seating for 10,000. Interestingly, Van Gogh didn’t seem to care much for the Roman ruins – he never captured any of the antiquities on canvas, although his “Arena at Arles” painting was inspired by the thick crowds in attendance to watch a bull-fight.

A short walk brought us to Place du Forum, still the beating heart of Arles, 2000 years on. Edged in venerable stone buildings with spirited al fresco cafes spilling across the cobbles, one of Van Gogh’s most celebrated works drew inspiration from this square. The café he depicted in “Café Terrace at Night” still does a roaring trade, in substantially swisher surrounds than how it appeared in the 1880s.

Unsurprisingly it now sports the name, Café Van Gogh. Van Gogh’s iconic post-Impressionistic star-filled sky appeared for the first time in “Café Terrace at Night.” It is one of three Arles paintings that feature his distinctive star-filled sky, along with “Starry Night Over the Rhone” and “Starry Night” completing the trilogy. The square is also where you’ll find one of the oldest hotels in Arles, the Nord-Pinus, which has hosted legends from Picasso to Hemingway.

We stopped by Place de la Republique, a bustling square of unmistakeable grandeur, which was originally the ancient Roman Circus. I ogled the impressive Romanesque church of St Trophime, which was added to over the centuries, including its magnificently carved Gothic porch, which caught Van Gogh’s eye. Crowning the square is the Arles obelisk, which was first erected under the Roman emperor Constantine. He himself moved to Arles and brought with him Christianity.

After the circus was abandoned in the 6th century, the obelisk fell down and was broken in two parts. It was rediscovered in the 14th century and re-erected on top of a pedestal in 1676, decorated with sculptures and a fountain. Our final stop on the walking tour was Arles Hospital, where he was treated after he sliced off his own earlobe and gave it to a prostitute. He gifted his doctor Felix Rey a self-portrait, to show his appreciation for the way he was cared for.

Dr Rey wasn’t particularly fussed with the painting which he used to repair to his chicken coop. That portrait now graces the wall of Moscow’s Pushkin Museum, valued at $50 million. During his stay in hospital, he painted many landscapes, along with works like “Ward in the Hospital” and “The Courtyard of the Hospital.” I gazed longingly at the flower-filled garden courtyard, flanked by the arched yellow and white buildings.

Its courtyard has been impeccably restored and landscaped to match Van Gogh’s masterpiece. It’s a gloriously evocative setting, frozen in time. There’s a great shop, on-site, although the “ear-razors” on sale, struck me as a tad tactless! Lovely little Arles can’t fail to impress. With its wealth of classical antiquities, shuttered town houses, graceful squares and Van Gogh brag-factor, it’s a small city experience to beat them all. 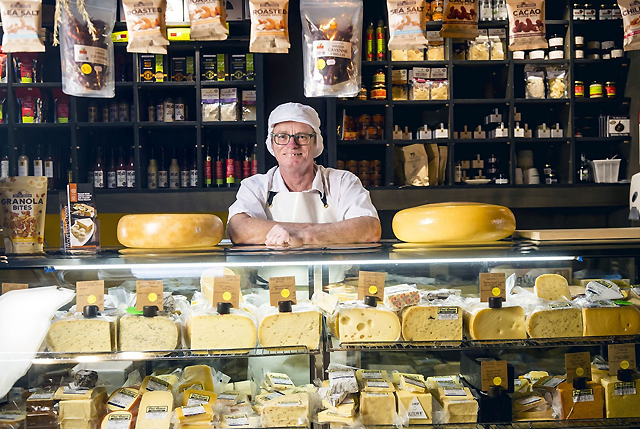