On arrival in Tokyo, feeling a little addled, I was looking for a sure-fire way to blitz the jet-lag. The sensory onslaught of Tsukiji Market fitted the bill perfectly, as I succumbed to the colour, the cacophony and organised chaos of the world’s largest seafood market. Spanning the size of 430 rugby fields, the market metrics are gob-smacking.

It’s the stomping ground for 50,000 workers, where over 1700 stalls sell 2000 tonnes of seafood. This grand encounter with the kitchen of Japan groans with polystyrene crates of fish, giant crabs, bright red octopus, sea urchin, caviar and just about every other marketable sea creature. Controversially, there’s also whale meat. If it swims in the ocean, you’re likely to find it here.

Navigating this astonishing mercantile mecca can be bewildering, which is why I enlisted the expertise of Context Travel, who operate small-group guided walking tours through the inner and outer market precincts of this trading powerhouse. My trusty guide, John, warmly greeted me and my five fellow participants, before leading us on a three hour Tokyo Food Tour through the life and soul of Tsukiji, unveiling its tales, secrets and insights with effortless and eye-opening aplomb. Few walking tours are packed with such revelatory richness.

After meeting up outside the wood-slatted Bon Marche building, John breezed us past the local Sushi Cooking Academy School, swooned over by many international visitors, eager to master the basics of preparing sushi and all its artistry. Adjacent to the school, is a handy gallery of historic photos, charting the backstory of the famous market, which has been operating from its current site since 1935. Tokyo has operated a fish market since 1590, when local fishermen started supplying the then-shogun at nearby Edo Castle.

Tsukiji was built on reclaimed land, formerly home to a foreign settlement in the 1850s, constructed on the relocated mounds of dirt that cleared the way for the moats to be developed around the Imperial Palace. For the past decade, there have been plans to relocate Tsukiji to another site, given the lucrative real estate it occupies. (It’s right on the doorstep of glittery Ginza.) But the proposed new site in Koto is bedevilled by contaminated soil, particularly high benzene levels, so the relocation project is indefinitely delayed.

The extra-intrepid Tsukiji explorers rise in the pre-dawn gloom to be on site in time for the daily Tuna Auction, which roars into life from 4am. You’ll need to get here at the ungodly hour of 3am, to score a visitor’s slot in the tuna auction room. The dealing is all done by 6.30am. Our walk-through the cavernous inner-market was mid-morning, as it hummed with post-auction activity. John cautioned us not to get in the way of the army of workers hauling freshly sold fish on fork-lifts, hand-carts and “turret trucks”, like speed-freak bees in a choreographed hive. He wasn’t wrong. Our Health & Safety police would have a fit.

You could easily be pancaked by these motorised tuna-movers if you get in their way. Many carts haul the tuna to nearby stalls where they are be hacked into pink chunks bound for sushi restaurants worldwide. Tuna are frozen for bento boxes. I gazed in awe of hulking blue-fin tuna the size of refrigerators. Their tails had been cut off to provide a window to the colour and fat content of the flesh. Tags revealed where and when each tuna was caught and by what method. Outside one stall, a massive tuna head sported a tag revealing the fish had just been sold at auction to a New York restaurant. Weighing in at 164kg, this whopper was snapped up for US$88,000.

The prices are eye-watering. The USA and China re the biggest export markets for Tsukiji. John also pointed out the wholesaler stall of Daiso, a family who have been in the tuna business for over 400 years. Most of Tokyo’s top hotels source their tuna from them. We also marvelled at the rustic bunkers adorning the roofs of the stalls. Many wholesalers will sleep in their bunkers, arriving about midnight to catch a kip before the auction activity begins at 4am. Beyond the inner market, John whisked us around the teeming crowds bargain-hunting from the outer market.

Half a Tokyo seemed to be out sampling and shopping. It is a riveting introduction to the core ingredients in Japanese cuisine and the ebullient vendors happily hand-out free tastings, whether it’s fresh, frozen, processed, smoked, dried or pickled. My palette got a serious work-out as I grazed on seaweed, benito shavings, dumplings in soybean flour, smoked fish and kimchee squid. Add to that pint-sized little shops sell fine-quality kitchen knives (which can be personally engraved), crockery and authentic souvenirs.

The beautiful boxes of candy, designed to look like a sushi set, would not look out of place in an art gallery. Best of all, the quintessential sushi restaurants clustered around Tsukiji Market offer the freshest raw fish fix possible. Any fresher and it would be flapping. John led us to Sushi Daiwa, situated next to Sushi Dai, which are the two famous sushi houses of Tsukiji. Their pilgrimage-like pulling power means you may well find yourself queuing outside for several hours. We lucked in, our wait was only 15 minutes.

One of Tsukiji’s oldest master sushi chefs prepared and served us our set-menu, which was accompanied with a piping hot bowl of crayfish miso soup. Although they staff are too polite to say so, you are expected to eat and run at these sushi counters. Alongside the bite-sized slivers of tuna draped over pedestals of rice, we noshed on congee reel, sea urchin and that celebrated Japanese delight, tamagoyaki, egg omelette roll.

Another crowd-pleaser is Sushi Zanmai. Originating in Tsukiji, the Zanmai chain now has 300 outlets and was Japan’s first 24-hour sushi bar. Rather than being personally served at the counter, many operate the “kaiten” (conveyor belt) style. Zanmai is considered a great cost-effective sushi bar option, which underscores one of the great home truths in Japan: you can eat well, whether you’re spending $5 or $500.

If you’re sizing up one big blow-out in Tokyo, the Park Hyatt is the pinnacle of high-end hospitality. The city’s most decorated hotel is synonymous with Sofia Coppola’s smash-hit, Lost in Translation, and the director fondly described the hotel as a “floating island” above the city. Irrepressibly tasteful in Japanese style, the Park Hyatt is ensconced in the upper-levels of a Kenzo Tange-designed high-rise, lording over west Shinjuku. Considered the father of modern Japanese architecture, he was the master planner for the rebuilding of Hiroshima after World War II.

With the hotel floors beginning on the 41st level with the glass-walled reception, you can be assured your accommodation will be dressed with a sweeping panorama of the neon-drenched, sky-scrapered expanse of Tokyo. Arriving in my guestroom, I soon became lost in the dazzling cityscape stretching out before me. It’s compellingly addictive. Despite the lofty grandeur, the hotel exudes a serene and intimate ethos, studded with exquisite custom-made museum-worthy artworks and a truly sublime library. Service is ultra-attentive without being starchy.

The immaculately designed rooms are some of the most spacious you’ll find in Tokyo, loaded with every conceivable high-tech creature comfort. Muted hues of deep green marbles, brown and grey granites interact with dramatically wide windows, while the fine woodwork features and hand-tufted carpets exude great warmth. Many guests love to “run to Mt. Fuji” in the hotel’s fitness centre, Club on the Park.

Gazing out to the perfectly symmetrical cone, is a dreamily delicious distraction as you clock up the miles on the cutting-edge exercise treadmills. Needless to say, the sheer range of fitness equipment is world-class. Take a dip in the 65 foot pool as you gaze up to the heavens through the glass roof. The aerobics studio hosts a roll-call of classes including total body conditioning, basic ballet, yoga and tai chi.

But whether you’re staying in-house or not, the dining destinations are unmissable. Executive Chef Thomas Angerer oversees all dining experiences, headlined by the power-dining shrine, the New York Grill. Dramatically perched on the 52nd floor, with floor-to-ceiling windows, the spectacular open kitchen is pure theatre, drawing guests into the sensory experience.

Adjacent to the Grill, the glamorous New York Bar is Tokyo’s glamorous address for live music, particularly live jazz from top American artists, as you drink in the exhilarating skyline splendour. One other salivating recommendation is The Peak Lounge, a bamboo garden-in-the-sky where natural sunlight bathes the setting, pitch-perfect for a decadent afternoon tea. However you choose to sample the Park Hyatt, its twinkling stardust will linger long in your Tokyo memories. Park Hyatt Tokyo website. 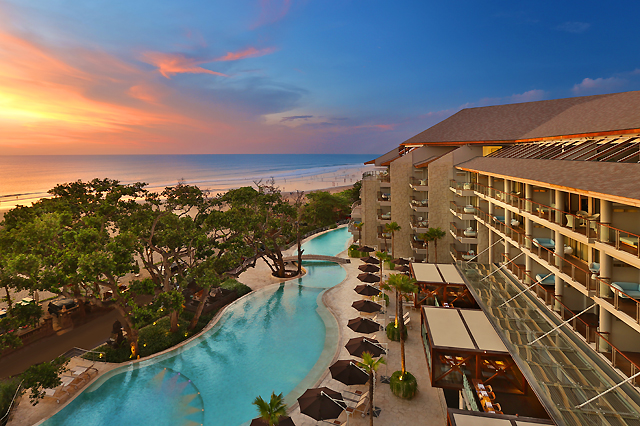 Living it up in Bali 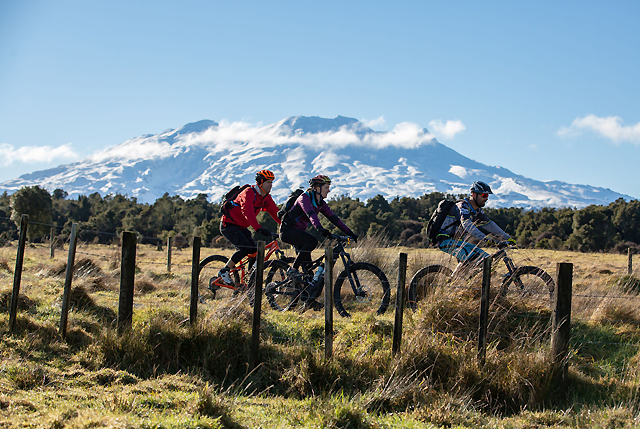 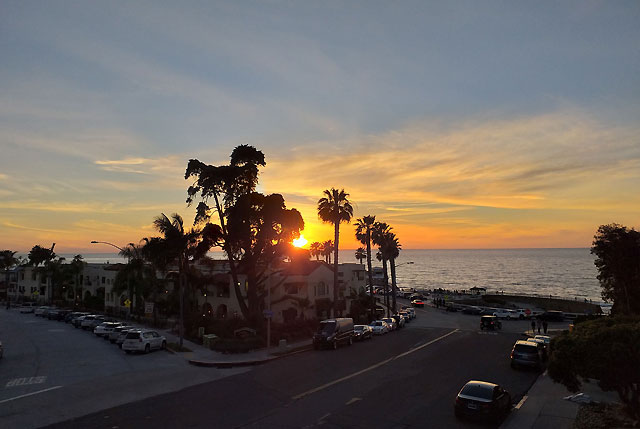 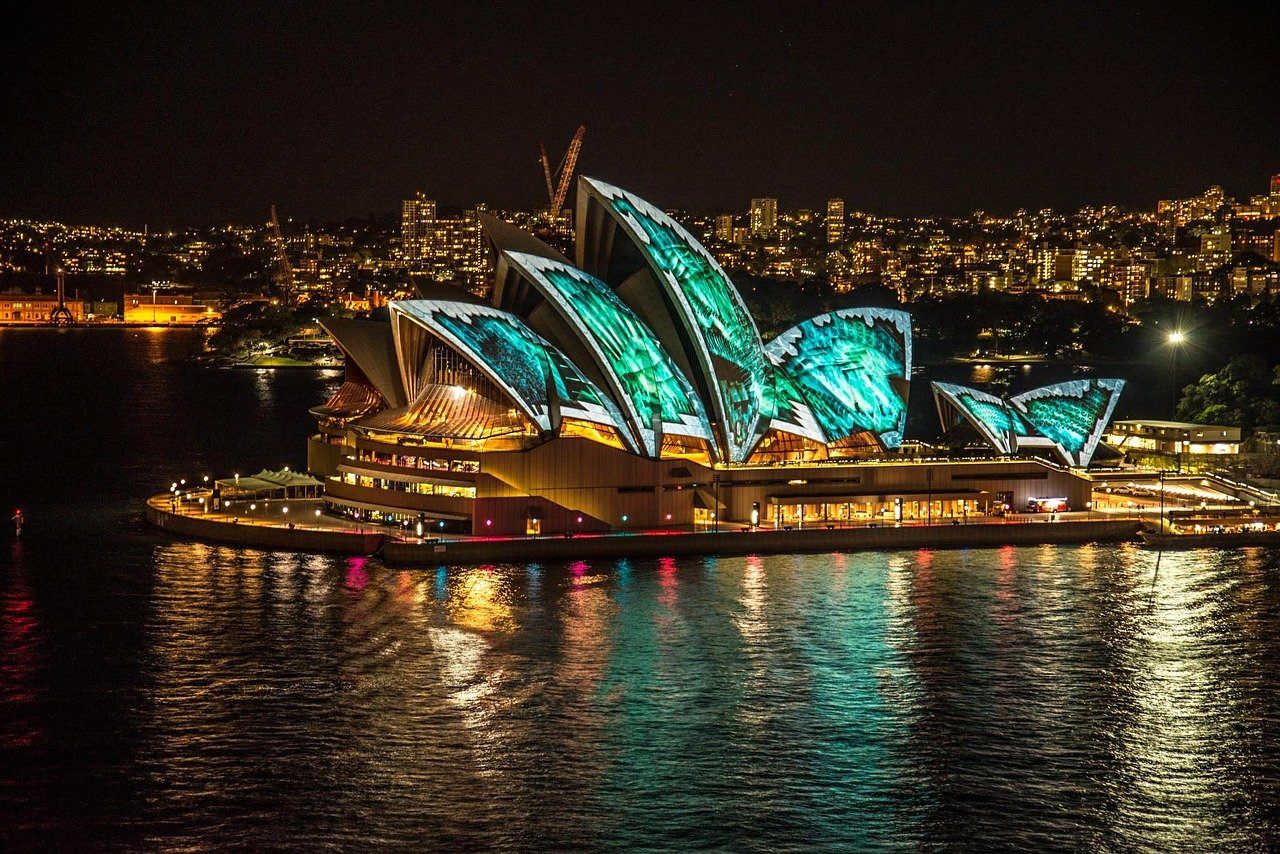