Those gaudy pink boxes were being eagerly carried around the streets of Old Town Chinatown in Portland. Injecting a frisson of shocking colour into a drizzly Portland morning, they’re quite the branding triumph for the Portland pastry icon. And yes – those pink boxes – certified by Guinness as the world’s largest box of doughnuts – duly lured me to their store. Judging by the crowds, you cannot visit Portland without joining the queues for your box load of Voodoo Doughnuts, where the wondrously wacky creations just keep on being dreamed up. Open 24/7, the lines hardly ever stop forming for these zany doughnuts, topped with crazy-eyed flavours like bacon and bubble gum dust.

Irrepressibly cultish, the store has also branched out as a venue for legal wedding ceremonies. Portland’s neighbourhoods seem to be eclectic and eccentric in equal measure, with each district exuding its own sense of place, personality, purpose or re-purpose. Old Town Chinatown seems to be tractor-beam for sneaker shops and traditional teahouses. Lan Su Chinese Harden is a Ming-Dynasty style oasis of tranquillity, also home to my favourite loose-leaf temple – Red Robe Tea House & Café. For entertainment escapism, pop into Ground Kontrol, a pantheon of video gaming’s golden age, chock-a-block with nearly 100 retro video games and pinball machines. Galaga, anyone?

Steeped in legend, the historic district with its repurposed waterfront warehouses sits atop the “Shanghai Tunnels,” a maze of Victorian-era passageways where unsuspecting sailors were supposedly kidnapped and enslaved. Wandering into the neighbouring Pearl District, an enormous revitalisation wave has transformed derelicts warehouses and railway yards into an industrial-chic hub of loft living, stylish shopping, eye-grabbing eateries and breweries.

The city’s oldest microbrewery, BridgePort, is here as is the world’s largest independent bookstore. Powell’s City of Books consumers an entire block, brimming with 2 million new and used volumes. If you I could grab someone’s credit card and binge-buy, this would have to be the store of my dreams. With such a voluminous range of books, navigating the tomes may strike you as a rather unwieldly journey of discovery. Powell’s has developed an app to help you navigate their outrageous range of titles in stock. Crossing the bridge, I ventured to Central Eastside to stake out some more soothing craft brews. Wayfinder Beer has set up shop in a reclaimed grain warehouse, rich with exposed bricks and beams.

Among the 16 taps are collaborations with stand-out brewers including Zoigalhaus and Hopworks. Ecliptic Brewing was a fabulous lunch-stop, where the convivial brewpub serves up comfort cuisine. I enjoyed a Pan-fried Chicken in with almond-chive cous cous and roasted figs, paired with a Starburst IPA, which had lovely citrus, pine and fruit flavours. Other popular Central Eastside beer stops include hair of the Dog brewery and the Commons Brewery. If you’d rather sip cocktails with the cool kids, head to Bit House Saloon, Dig a Pony or Rum Club.

I must admit, that I felt very uncool, with no body art or metal on my person, exploring a city where virtually every second person seems to be a hipster: bearded, tatted up to their eyeballs and weighed down with piercings. When it comes to the city’s liquid assets, the self-professed craft beer mecca boasts more than 65 craft breweries within the city’s limits, more than any other city in the world. The booming distillery and cider scene is dressed to impress as well. And in a city underpinned by the power of collaboration, you may well want to sample the increasing blends being produced by some of the best distillers and coffee roasters.

But if you want a deep dive into the craft beer scene, Brewvana’s Pacific Northwest is the Best Tour is an essential experience, showcasing decorated breweries and some of the personalities that power proceedings. www.experiencebrewvana.com
Another lip-smacking neighbourhood to add to your agenda is Division/Clinton, widely considered as the cradle of Portland’s hottest new eats. Just ask your accommodation provider what’s trending in the neighbourhood, as the scene is constantly changing. Salt & Straw pulls the crowds with its unusual ice cream combinations, like blue cheese, olive oil and spring flowers. Too radical? Plump for the fiendishly good vanilla and chocolate gooey brownie. Clinton Street Theatre is famed for faithfully screening The Rocky Horror Picture Show, every Saturday for 40 years. And still they roll in.

Wind down with a glass of pinot at Southeast Wine Collective, a magnificent urban winery where nearly a dozen winemakers crush, ferment, blend and bottle their wine, on-site. Throughout Portland, there’s no missing the hundreds of food carts that offer top-notch cuisine at great-value prices. Generally located in former parking lots, Portland’s food carts generally stay anchored to the one site, unlike the mobile food trucks of many other cities. I noticed that the Hawaiian food craze is continuing to sweep the city, shaking up the city’s seafood scene with a stack of poke-focused restaurants. A long-time hole-in-the-wall sushi joint operated by Bamboo Sushi has been reborn as Quickfish Poke Bar. Another trending poke haunt is Poke Mon, revving up its classic Hawaiian menu with monthly collaborations with Portland chefs.

In a city of 95 officially recognised neighbourhoods, my favourite is Nob Hill, in the Northwest. Set among a backdrop of handsome Victorian and Colonial Revival homes, wrapped in tree-lined streets, this sparkling neighbourhood is reminiscent of San Francisco’s eponymously named district, from which it takes its name. Much of its historical elegance and opulence can be traced back to the pioneering merchants and traders who settled on the area to make a show of their fortunes through the oh-so-competitive pursuit of building trophy homes and mansions. Residents today have immaculately maintained that legacy.

The leafy residential streets, which are a delight to stroll, rub shoulders with the chic and eclectic shopping district, which blends a touch of old-school glamour with inventive, artisanal flair and a splash of bohemianism. Top spots include Kells Brewery, Saint Cupcake NW, Mission Theater, Saint Honore Bakery and Southland Whiskey Kitchen. But best of all, nosh yourself silly at Besaw’s, a beloved Portland eatery, open for breakfast, lunch and dinner, for more than a century. Its current incarnation reopened in 21st Ave, with a distinctive art-deco inspired decor. I enjoyed a smoked salmon scramble for lunch and harissa-marinated pork chops with lobster mushrooms for dinner. It’s the ultimate ‘local.”

There’s a lot to be said for waking up in a hotel that fully feels integrated with the neighbourhood. Awakening each day in Nob Hill, a cheeky squirrel greeted me out the window, racing up a tree to raid a bird’s nest. Nob Hill stirred to life, as locals headed to work on the Streetcar, which stopped right outside my hotel. Inn @ Northrup Station is a class act in embracing that cherished sense of living like a local. This funky boutique hotel feature’s eye-poppingly colourful guestrooms, expansively sized and complete with full kitchen facilities. Balconies peer out at those grand old Victorian homes flanking the property. The hotel serves a cracking complimentary continental breakfast, they will happily give you a ticket to ride the Portland Streetcar and there’s a rolling roster of special extras, like free Sunday Sundaes, Movie Night Mondays and Wine Down Wednesdays.

It’s a charismatic, sociable accommodation experience that rightly is earning global accolades. Like Portland itself – you’ll just love it. www.northrupstation.com
Hawaiian Airlines offers one-stop flights between New Zealand and Portland, Oregon via Honolulu. For just a further NZ$145 per person, per sector, Extra Comfort Seating is a great-value way to accentuate the experience, particularly on the haul between Auckland and Honolulu. Hawaiian Airlines has expanded its New Zealand schedule, now flying five times a week from Auckland. Bag a great fare and seat to suit. www.hawaiianairlines.co.nz 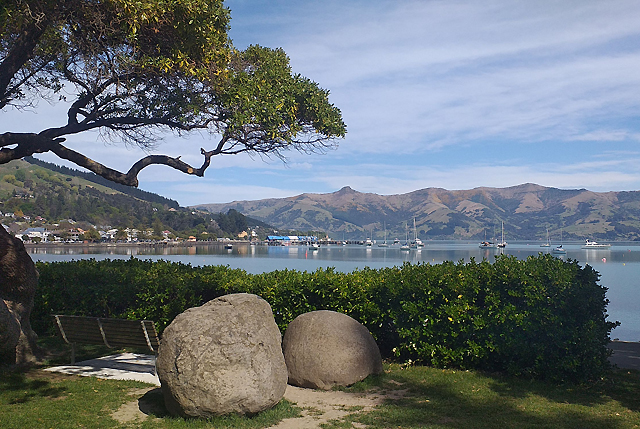