Welcome to Kyoto, the city where much of Japan’s cuisine was born or perfected. A sure-fire way to immerse yourself in the sheer magnificence of Kyoto’s foodie scene is to join an expertly guided tour. I enlisted the specialists at Japan Wonder Travel and joined their Nishiki & Gion “FooDrink Tour”.My three hour exploratory began in the heart of Kyoto’s shopping district on Shijo-dori, lined with luxury boutiques and elegant department stores, where many women are immaculately attired in kimonos.

Along with a lovely couple from Tennessee, we met our convivial guide, Tatsuya, outside the glamorous Kyoto Daimaru store to commence our foray. Running parallel with Shijo-dori, a block back, is the show-stopping foodie mecca of Nishiki Street, home to the 400 year old Nishiki Market. This vast and venerable covered emporium, which stretches for 400 long metres, is understandably acclaimed as the kitchen of Kyoto.

Before we plunged head-first into this market frenzy, bursting at the seams with 130 specialist stores – some no bigger than a kitchen, Tatsuya led us to a stunning doughnut shop, adjacent to the entrance. Mai Doughnuts has a fostered cult following among Kyotoites, who flock to munch on their soymilk doughnuts, made from soybean flour and milk, which are much lighter and fluffier parcels of deliciousness, compared to their Western contemporaries. And they’re not saccharine-sweet.

Tatsuya then led us into the head-spinning trading throng of Nishiki’s cavernous wonderland, which was teeming with the collision of wide-eyed camera-toting tourists and seasoned locals, concertedly going about their shopping. They know the place inside-out, as if it was their own pantry. Tatsuya remarked that all of the city’s top chefs will only shop from Nishiki. It’s not enough for the food to taste better than it does anywhere else, but at Nishiki, it has to look better than it does anywhere else, too.

Nishiki is certainly not Japan’s largest food market, but the attention to detail is incomparable in this beloved emporium. The signage left me completely baffled, but most shops are only too happy to let you graze on free samplings. Tatsuya’s advice, alongside decoding the signage? Try everything — it won’t kill you. Don’t miss takotamago, a quail egg embedded in octopus. The skewer dish is miniature-sized, but so much is squeezed into it — a metaphor for Nishiki itself.

Some of the market shops are old-timers, like Uchida, which has been selling pickled vegetables here, like eggplants, radish and pumpkin, for 80 years. They’re displayed in a radiant array of colours, from luminescent yellows to tie-dye pinks. Another time-honoured stall is Miki Keiran, famed for its fluffy dashi maki (omelette) made with kelp stock.We snacked our way through the market with hearty, voracious intent from the pint-sized stores, devouring small portions of popular local dishes including hamo (daggertooth conger eel), fried fish cakes, yuba sashimi and omusubi (high-quality rice balls.) The snack shops were a revelation to the taste buds.

I’m in love with peanut rice crackerballs! Pop into a sake shop for a sampling of Japan’s top tipple – unquestionably an acquired taste. I’m not a fan of it, but the lovely sake shop we called into had been run by the same family across 18 generations! And then there’s the green tea, iconic of Kyoto. Matcha powder is used to make the tea served at traditional ceremonies, and Matcha mania has transformed Kyoto’s confectionary shops, with a stunning array of Matcha-laden sweets, including mochi and jellies.

The latter is like a vivid green Turkish delight, but not as sweet.Tatsuya also ushered us into Nishiki Tenmangu Shrine, a gorgeous little shrine that is dedicated to the Shinto god of learning. We noticed students popping in to pray for good grades or to pass a test. The shrine is actually over a thousand years old and was shifted to its current location in the 16th century. Beyond the market, Tatsuya led us across the Kamo-gawa River to the city’s beloved geisha and entertainment district of Gion.

It’s a stunning area to take a stroll, rich with the atmosphere of 17th-century teahouses lining many of the narrow streets like Hanami-koji. Shimbashi is arguably the most photogenic street, famed across Asia for its cherry-blossom displays. Apprentice geisha are called maiko and we noticed plenty of happy women playing out their dress-up fantasises, strolling around Gion with the full make-up and kimono kit.

At last count there are 200 geisha (or geiko) in Kyoto, working as professional entertainers, trained in various traditional arts, like dance and music. And there are currently 800 maiko in training, according to Tatsuya. Traditions reign supreme in Kyoto. www.japanwondertravel.com

Beyond central Kyoto, there was one serious bucket-lister that I was itching to experience, on the city fringe. A short train ride zipped me to the famed bamboo grove of Arashiyama. The Western Kyoto district sets hearts aflutter for its exuberant and ethereal natural beauty, nestled at the base of thickly forested mountainsides, carpeted in pine and cherry trees, which cascade steeply to the river. A charming old wooden bridge, called the moon crossing, is strung across the water. But along with admiring grand old villas, temples and even a monkey park, the bamboo grove is the towering superstar at Arashiyama.

Following the signposts to the grove’s entrance, the temperature suddenly cooled as I entered the thick forest canopy and its other-worldly atmosphere. A pedestrian pathway slinks its way through the heart of the grove, where I found myself serenely cocooned by tens of thousands of rocket-straight, thick green bamboo stalks reaching for the sky.The sensuous curves in the pathway and the surreal light quality provide the most magical photo opportunities, but the bewitching beauty and soothing serenity of this forest is so pervasive, you can’t really take a bad picture.

If you’ve seen Crouching Tiger, Hidden Dragon, you’ll have an inkling of how wondrous this spectacle is. Exuding an unmistakably spiritual resonance, I’ve never experienced a forest quite like it. The crowds really pile in from 10am. Get here before 930am, and you may well have the entire grove to yourself. In a city of 1600 Buddhist temples and 400 Shinto shrines, Kyoto’s cultural reverence runs deep.

A superb accommodation option is the Kyoto Tokyu Hotel, which embodies the refined charm and traditional design qualities of Kyoto throughout its property. It’s right next door to Nishi Hongwanji, one of the great Buddhist temples of Japan, constructed in 1760. The Founder’s hall, the Goeido, is one of the largest wooden structures in Japan and is looking resplendent following a recent 10 year- long restoration. Centrally located in the old city, the hotel upholds the spirit of miyabi, an aesthetic ideal akin to isolated elegance.

There’s a restful, serene ambience throughout the hotel, accentuated by a glorious waterfall garden in the central courtyard. The staff, as you’d expect, are incredibly gracious, warm and attentive. The building has been showered with awards for its artful fusion of traditional and modern design elements, in a contemporary structure. Featuring sleek, sophisticated décor inspired by nature, the 408-room Kyoto Tokyu Hotel offers guests an authentic flavour of Japanese hospitality, with all of the creature comforts and luxuries you’d expect from an upscale hotel.

Be sure to dine at Kazahana, which exudes a nostalgic ambience with a variety of classic Kyoto specialities. Offering all day dining, including a sterling buffet breakfast, Kazahana features an open kitchen where you can watch the chefs cook before your eyes in this formal venue. For the very best deals and seasonal specials, check out the new iPrefer app, which includes member rates and rewards, or book direct at www.preferredhotels.com

It’s astonishing how clean and little-free cities like Kyoto are. Civic pride is seemingly instilled in the Japanese DNA. On the spotlessly clean streets, I noticed how a dog walker splashed her water bottle to wash the territorial spray had left on a building wall, after her dog had cocked his leg. In the laneways around Gion, pint-sized religious symbols adorned the walls to spiritually deter late-night revellers from surreptitiously relieving themselves in public. Maybe we should try that with images of Beauden Barrett or Richie McCaw. 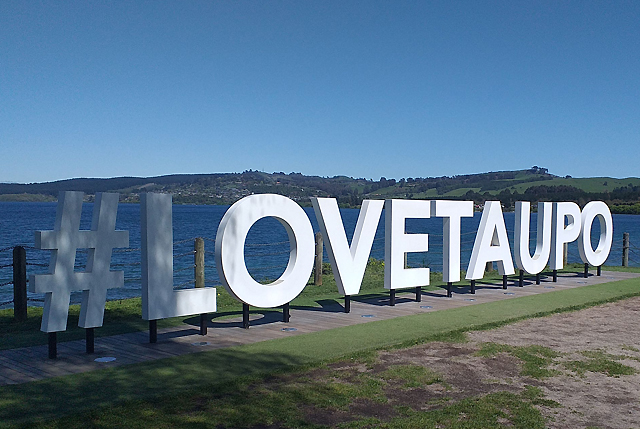