From Wellington, it’s just an hour’s drive north to reach the wondrous bounty of the Wairarapa. The drive over the thickly forested Remutaka Hill with its hairpin bends that hug the precipitous cliff-faces is a riveting ride, accented by the infinity views that stretch out from the summit. At 555m above the sea level, under brilliantly blue skies, I paused to admire the stirring monument that honours the gut-busting route undertaken by WW1 troops, marching their way from Wairarapa across the Remutakas to reach the army base in Trentham, to serve King and Country. 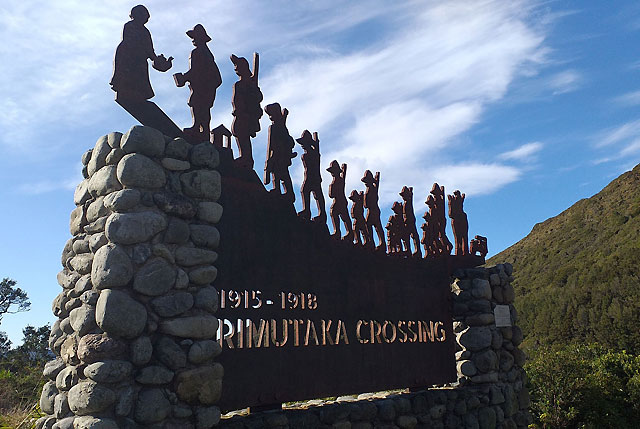 It’s all downhill from here. Smile and say cheese, welcome to Featherston! Wairarapa’s gateway town, steeped in rail heritage, has been refreshed with a creative wave of entrepreneurial verve in recent years. The headliner is C’est Cheese, Paul Broughton’s wildly successful venture, where fromage fans flock to from far and wide. 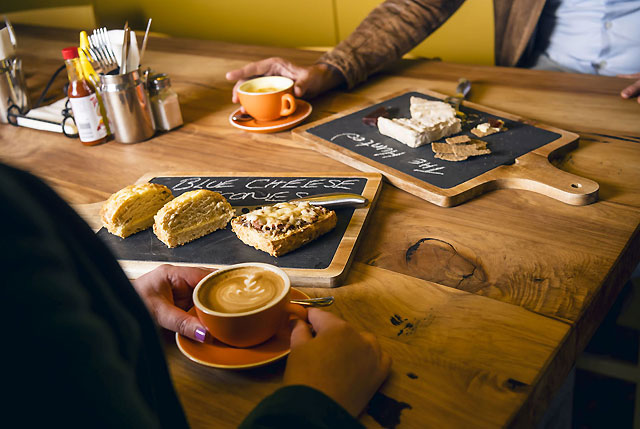 The store has dramatically expanded since I was last in town several years ago, a veritable emporium of picnic basket and platter delights running the gamut from chutneys and salamis to local olive oils and speciality goods. But it’s the staggering range of New Zealand made cheeses that you’ll swoon over, from French-style blues to cumin-flecked gouda. Ten per cent of the cheeses are made on-site under the label of Remutaka Pass creamery, while a range of local artisan creations from Kingsmeade and Drunken Nanny are also worth tasting. 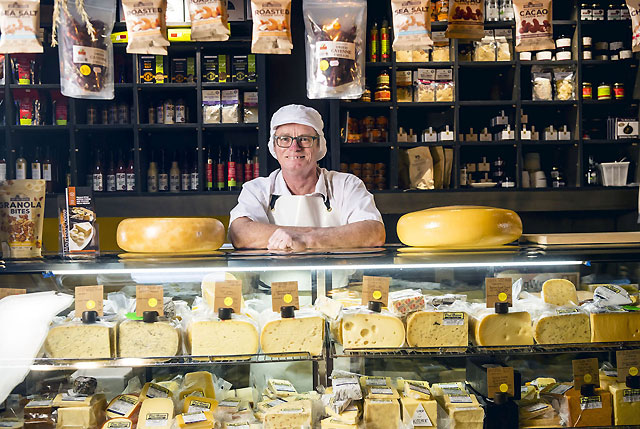 It’s also a great coffee stop where Paul’s own brand, Remutaka Pass Coffee, is locally roasted. Another recent innovation is the Cheese Bar where you can tuck into some fiendishly delicious cheesy delights, whether you want to sample a cheese flight or something more substantial like Mac ‘n Cheese, Mushroom and Gruyere Soup or Mushroom on Cheese Toast. Right next door, Paul’s wife Sue runs the most whimsical, eclectic giftwares store brimming with oddities and curiosities. Mr Feather’s Den is a hive of discovery – don’t miss it. Highly artistic taxidermy, anyone? 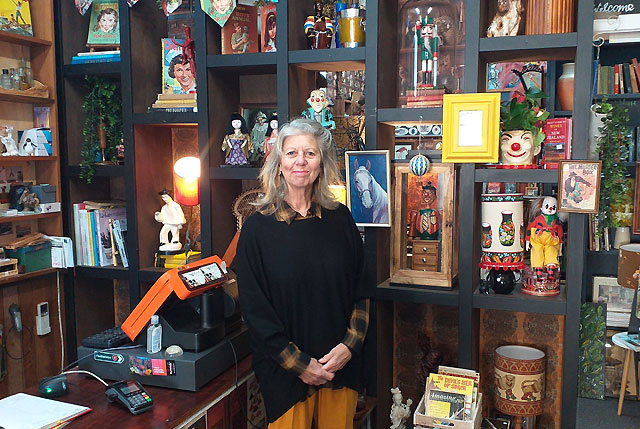 Suitably fortified on fromage in Featherston, it’s a short hop to the bucolic magnificence of Martinborough’s intimate, wraparound patchwork of vineyards. With over 20 boutique wineries within easy reach of stately Memorial Square, backdropped by the grace of the Martinborough Hotel, cellar door hopping is a breeze. In fact, most can easily be visited on foot or by bike. 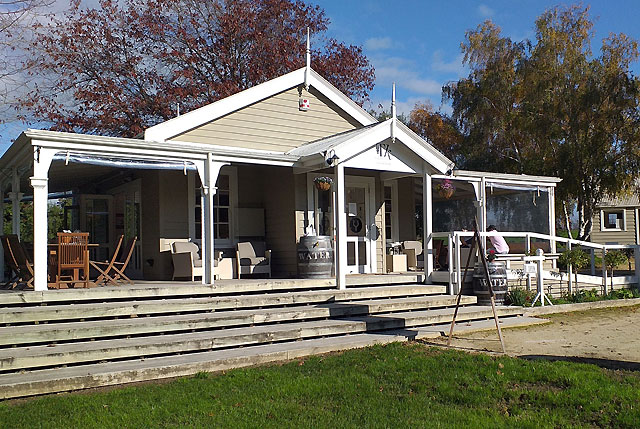 I made my way to Te Kairanga Cellar Door, which is home to two of Martinborough’s pioneering wineries; Te Kairanga and Martinborough Vineyard, as well as Lighthouse Gin. The Cellar Door is lovingly situated in the 130-year old cottage formerly owned by Martinborough namesake, John Martin, bracketed by a shaded Oak Tree garden, pitch-perfect for a platter of local goodies and some wine tastings. As the famed Martinborough sun splashed proceedings, I relaxed on the historic old verandah, sampling a variety of gorgeous pinot noirs and a pleasingly potent Syrah Viognier. 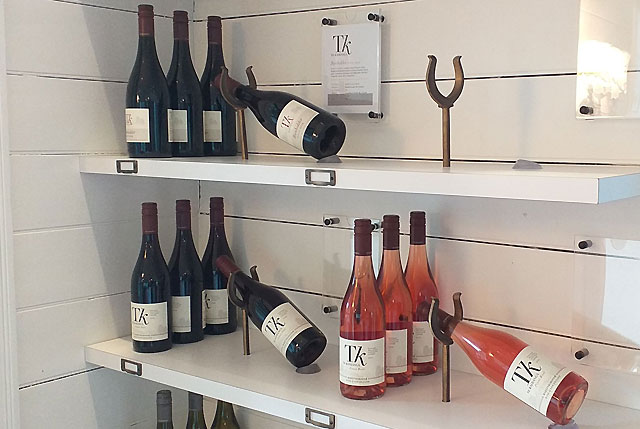 Te Kairanga’s runholder Pinot Noir is particularly impressive for its velvety texture and rich flavours of dark cherries and spice. You can choose five tastings for just $10 – what a steal. Owned by Foley Wines, the company has unveiled plans for an exciting new the new complex in the vineyard, housing a restaurant, an underground barrel facility, tasting rooms and a purpose-built gin distillery for Rachel Small’s spectacularly popular Lighthouse Gin. www.foleywines.co.nz 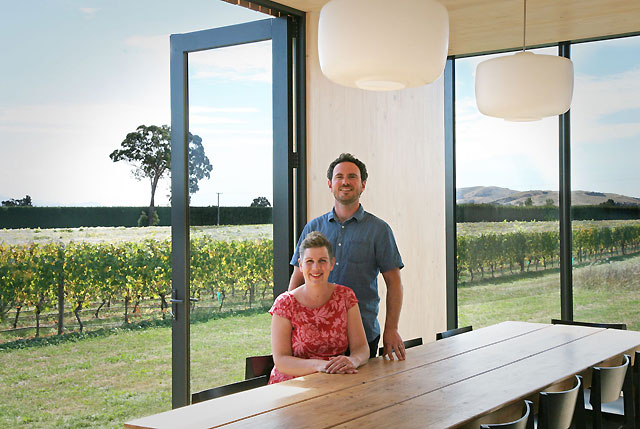 Just a stone’s throw from the heart of town, I also popped in to On Giant’s Shoulders, a four hectare block of prime vines, that Barden and Gabrielle Crosby in 2015. With a stellar background as a winemaker, Braden is now also a wine grower, tending to a vineyard that was first planted in 1982. The couple deliver a personable and highly illuminating vineyard tour by appointment, before introducing you to the fruits of their labour, beautifully textured Pinot Gris and Chardonnay, alongside the region’s flagship Pinot Noir. www.ongiantsshoulders.co.nz 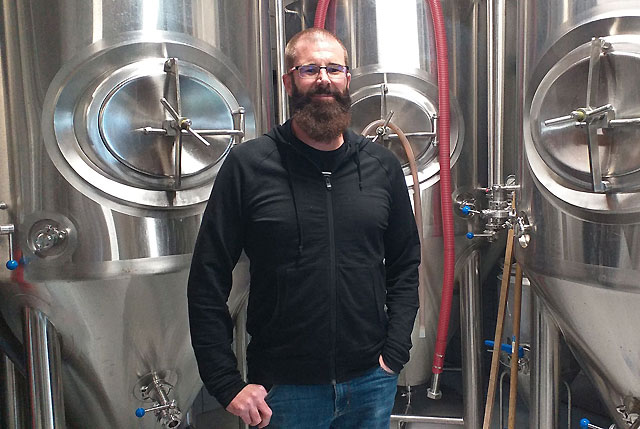 If your palette needs a grape break, how about savouring some mighty fine craft beer? Martinborough Brewery, the brain-child of Hayden Frew and Stephen Fox is a perennial favourite, first established in their garage before morphing into a purpose-built brewery and tasting room in 2015.  Hayden led me on a fascinating tour behind the scenes, where their premium hand-crafted beer is produced. This labour of love and hyper-hands on, from the grinding of malts to applying the caps and labels to bottles. There are seven brews on tap and a lovely full-bodied cider, but their golden ale, Vintage Gold, hit the sweet spot for me. Quaffable-plus. www.martinboroughbeer.com 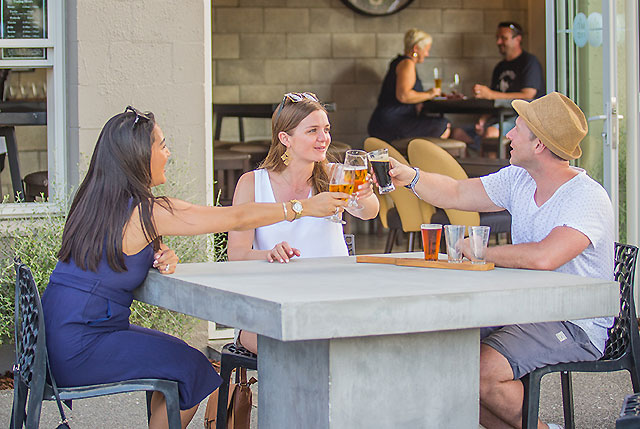 Pointing the car north, the sweetest spot of all is unquestionably Schoc. Greytown’s arsenal of artisans is headlined by Schoc Chocolate, a runaway success story since Murray Langham founded the business nearly 20 years ago. Schoc’s delectable morsels tend to be more savoury than sweet, where the chocolatiers dream up radiant taste sensations like lime chilli chocolate, salted caramel & lavender – and Murray’s personal favourite, apricot & rosemary. Their fruit marzipan range is equally drool-worthy. 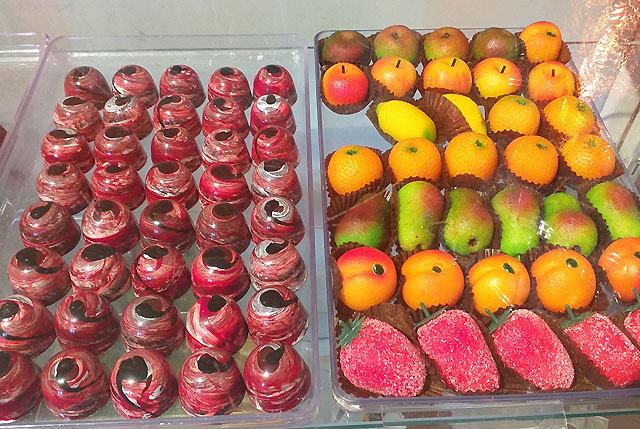 Drop-dead gorgeous Greytown enjoys the distinction of being the only New Zealand town with a fully complete main street of original Victorian buildings, while the characterful homes are suitably edged by a forest of white-picket fences. Amongst the bevvy of boutiques and serene homewares stores, keep an eye out for the top contender for New Zealand’s cutest pint-sized shop, Imperial Productions, producing hand-painted metal toy soldiers from their Victorian toy-shop, exporting their works to collectors worldwide. 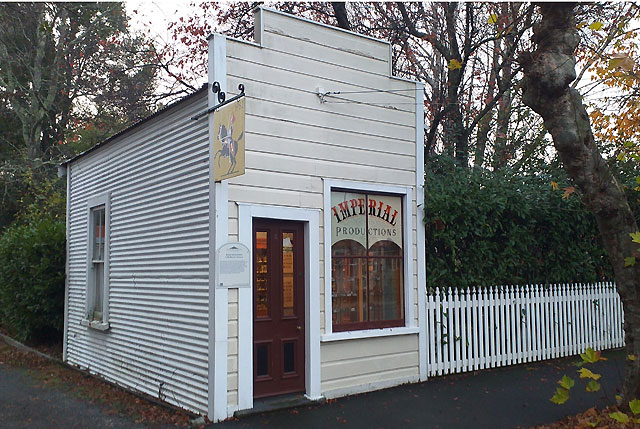 Greytown was New Zealand’s first planned inland town established in 1854 by settlers from Wellington, in search of affordable parcels of farmland. Named in honour of Governor Sir George Grey, he greatly assisted their endeavours. You can discover more about this endearing town’s rich history at Cobblestones Museum, where a contemporary visitor centre adjoins six Heritage-listed buildings located onsite – next door to Schoc. 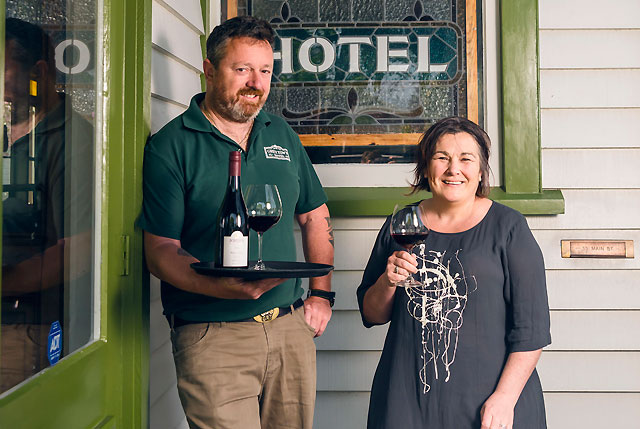 It’s also home to one of the country’s oldest continuously operating hotels. The Greytown Hotel enjoys the rare distinction of never being moved, it’s never burned down and has never changed its name! Affectionately known to locals as the “Top Pub”, given its location at the northern end of town, it’s Wairarapa’s oldest surviving pub, first opening its doors in 1860. Tom and Ursula Murphy purchased the hotel five years ago, renovating the traditional country hotel style accommodations, with rooms for just $90 a night. Convivial hospitality and superb local dining is available on-site from the 1860 restaurant. https://greytownhotel.co.nz/ 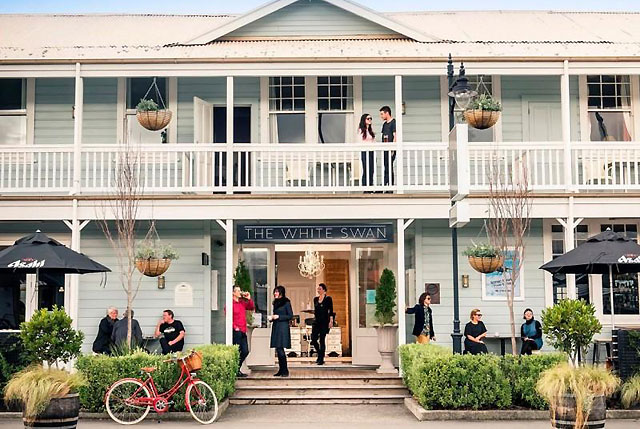 As dusk descended, I made my way to the creamy-coloured beacon, holding court in the heart of town, The White Swan Hotel. Beginning life in the Hutt Valley as a railway admin block, the building became surplus to requirements and was teleported to Greytown in 2002. Cut up into six pieces, famously, one of the pieces slipped off the truck’s deck, teetering on the verge of hurtling into the oblivion of the Remutaka Gorge. Mercifully, it was saved – although the highway was shutdown for eight hours, for the salvage operation. 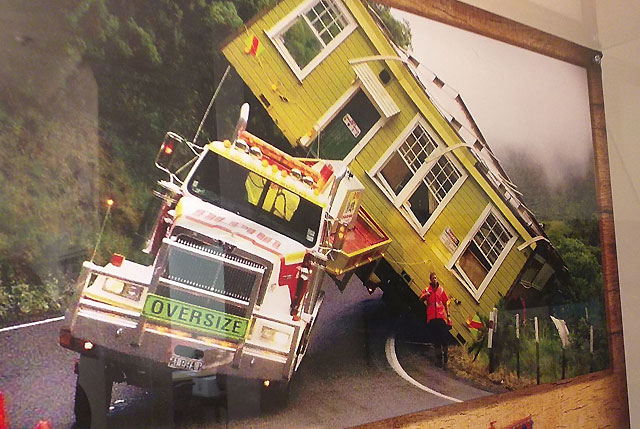 There’s a fabulous photo in the lobby vividly illustrating the high drama. This main street landmark boasts a range of stylish and spacious guestrooms and suites, thoughtfully furnished in period themes. Boasting a vivacious restaurant and bar spilling out onto the street-front verandah, the hotel is now under the command of Nick and Rosie Rogers. You’ll know Nick from his marketing prowess with the Tui Brewery. 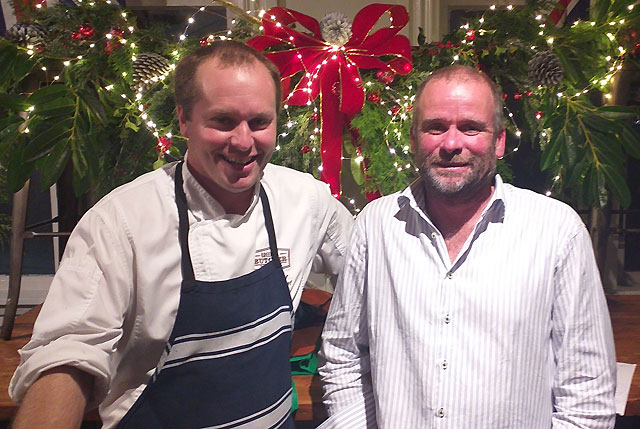 In a major score, Marc Soper was head-hunted as Head Chef, prised away from the luxuriance of Wharekauhau Estate, in February. Having fed a roll-call of royalty and film stars, the highly-decorated recruit has amassed an arsenal of awards in recent years, including Chef of the Nation and Wellington Chef of the Year. Revving up The White Swan’s culinary credentials, I noshed on a swag of his flavourful dishes in the effervescent bar. Small plates include Salt ‘N Pepper Squid with pickled cucumber and honey mustard aioli; Spiced Pork Steamed Buns with hoisin, pickled slaw and peanut sauce. 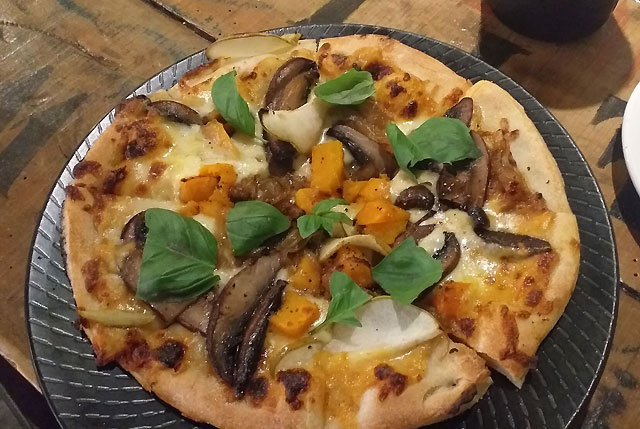 Being prime mushroom season, I plumped for a Fungi Pizza, lustily slathered in Parkvale mushrooms, peanut sauce, roasted pumpkin, caramelised onion, fresh pear, walnuts, basil and parmesan. How’s that for a supremely hearty seasonal pizza! It was stupendous. Marc had just been hunting and shared with me some slithers of wild hare and rabbit. Freshly shot, the cured meat was just 2 days old, but tasted fabulous. It was set to be added to the menu several days later. Nick and Rosie are sparkling hosts, catering to your every whim to ensure your stay is truly magical. It’s a class act. www.thewhiteswanhotel.co.nz 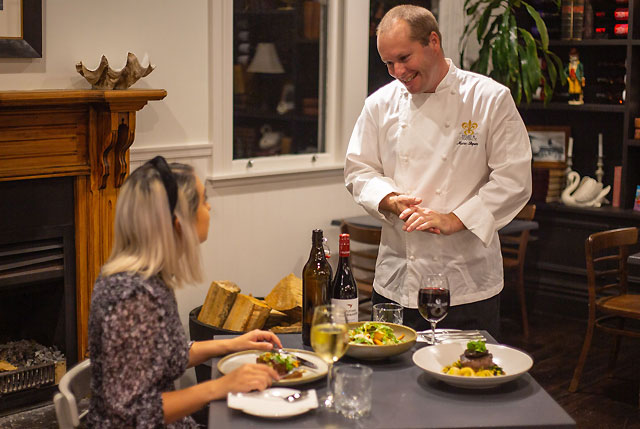 Whether it’s grazing lustily from Wairarapa’s bursting platter of boutique produce, shopping up a storm, appreciating the history or exploring the blessings of nature, it’s a special pocket of New Zealand with options galore for a flavourful getaway. For more destination inspiration, head to www.wairarapanz.com 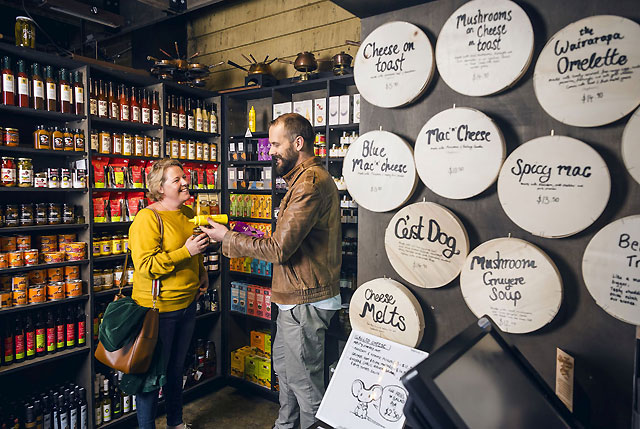 I self-drove my way around Wairarapa’s abundant offerings after picking up a rental car from Avis at Wellington Airport. The Avis Safety Pledge has been deployed across all of its New Zealand locations, in the wake of domestic tourism’s renaissance. All vehicles are cleaned before every rental, paying special attention to high touch point surfaces such as the steering wheel, indicators, dashboard, hand grips, in-car entertainment controls, cup holders, keys, centre consoles, and all door handles, both inside and out. 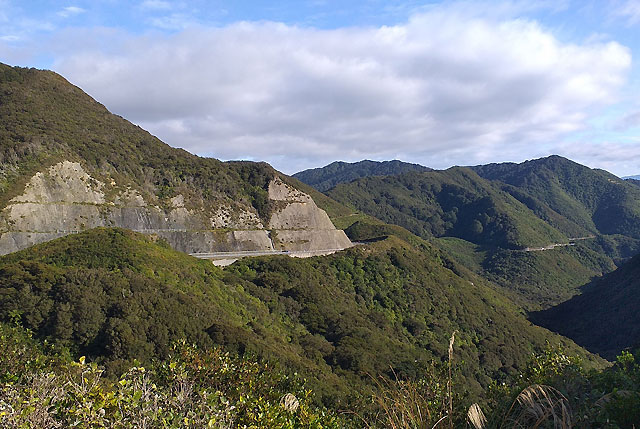 The safety pledge allows customers to pick up and drop off vehicles with minimal contact, which can be further enhanced by using the Avis App, especially for Avis Preferred customers, the free to join loyalty scheme. Avis has unveiled a range of sizzling rental deals to celebrate the lockdown era being consigned to the rear mirror, including 20% off all pre-paid rentals until the end of August, complimentary upgrades and score the fourth day free when booking for three. www.avis.co.nz