Rounding a corner in Portland, I was suddenly confronted by a riot of orange bicycles. Dutifully standing to attention, from one of the myriad bike share racks peppering Portland, it was a blazing reminder of this city’s sustainability stripes. And the power of Nike, the Oregon-born shoe company who have underwritten the scheme. There’s a 1000 of these bikes across the city, all adorned in the bright orange hue, synonymous with Nike’s shoeboxes. Fawned over by globe-trotting mayors, including plenty from our own country, Portland is widely considered as a trail-blazer in progressive urban planning, sustainability and multi-modal transport solutions.

From a visitor’s perspective, it’s a cinch to potter around Portland. Trains, streetcars, buses and aerial trams comprise the public transport mix. They pioneered the USA’s first car-sharing scheme, it’s a conspicuously pedestrian-friendly city and Portland boasts more than 345 miles of developed cycleways, generating the nation’s highest percentage of cycle commuters. Although to be fair, it would be wrong to overstate the results.

Despite all of the dedicated cycling facilities only 5.9% Portland commuters are travelling on two-wheels, according to census data. After spending far too much behind the wheel, driving up from San Francisco, I was itching to hit the hiking trails. And once again, Portland rates highly on that score, with an abundance of green spaces, pocket parks and open walkways. With half-size city blocks, downtown Portland is a doddle to explore to on foot. But first, I whisked myself up to Washington Park, on the city centre’s western fringe. It’s a celestial woodsy oasis for stretching the legs and treating the lungs, while ogling the neighbouring residential enclaves of historic mansions.

In addition to Oregon Zoo, it’s also home to the International Rose Test garden, which was established just over a century ago to rescue European rose hybrids from the ravages of the Great War. Over 8000 rose bushes spanning nearly 600 varieties bloom between May and September. I also hit the trails in Hoyt Arboretum, Portland’s museum of living trees, showcasing several thousand species, creating a verdant and fragrant setting for hikers. Visiting in autumn? Make a date with the fireworks-blaze of 56 species of Maples. If you’re feeling particularly virtuous, follow the Wildwood Trail, which inter-connects with neighbouring Forest Park, which is the largest wooded park in the USA, brimming with birdlife, sword ferns and western red cedars. You’ll also get great snatches of the cityscape below and the snow-clad peak of Mt- Hood.

After my restorative parkland rambling, I headed back down the hill to take in the Portland Farmers Market, which is the largest and most feted outdoor grocery. On Saturdays, it’s staged in South Park Blocks, by the State University. This ebullient al-fresco affair boasts over 140 farmer and vendor stalls, bursting with hyper-local produce and edible artisan temptations. Star specimens include Alma Chocolate toffee, Marshall’s haute sauce and Olympia Provisions charcuterie. The stinging nettle tea – high in iron, was surprisingly good. I grazed heartily from the free tastings and scoffed a salivating slice of deep-dish pizza from Via Chicago. Suitably fortified, I wandered back up Park Ave, under a cathedral of trees, a leafy canopy of tall elms, to take in a dollop of Portland’s cultural riches.

Founded in 1892, the Portland Art Museum boasts a venerable trove of Native American artifacts, in addition to its prized collection of masterpieces by Picasso, Renoir and Monet. I’m a big Ansel Adams fan, and the museum’s Gilkey Centre for Graphic Arts features a dazzling range of artworks from Adams, Edward Weston, who have captured the natural grandeur of Oregon and the West so spectacularly. I could have spent all day there. Across the road, the Oregon Historical Society does a fine job in whisking you through the state’s backstory. From there, I tottered around the corner, onto Broadway, greeted by the ravishing exterior of Portland’s Center for the Performing Arts. The Cultural District folds into the Pioneer District, the heart of the city, and home to Pioneer Courthouse Square. The square is routinely abuzz with live entertainment, flanked by upscale shopping destinations like Nike’s flagship store, Apple and luxury mainstays like Louis Vuitton and Tiffany & Co.

Oregon happens to be one of only five states in the USA that doesn’t apply sales tax – so enjoy some retail therapy in the largest city in the country that has tax-free shopping! Another quirky truth about Oregon? It’s illegal to pump your own fuel – so enjoy the forecourt service when filling up the car! After admiring the budding cherry blossoms, desperately trying to shake off winter’s grip along the Waterfront Park Trail, I strolled across the Burnside Bridge. Straddling the Willamette River and delivering superb views of the gnarly Steel Bridge, I spent a few nights on East Burnside, staying at the irrepressibly distinctive Jupiter Hotel. Beginning life as a classic motor-lodge on the fringe of the inner city, the Jupiter has steadily evolved into a singular urban lifestyle hotel, that thoughtfully resonates and connects with the creative verve of Portland.

Reflecting the impressive and ever-evolving street cred of East Burnside, the Jupiter is totally hip and undeniably cool, with 81 guestrooms, strung around the property’s diverse and engaging attributes. The on-site gallery showcases emerging artists, with monthly art installation openings and acting a community incubator. Chalk-board doors encourage you to stamp your own creative touch on your room entrance. There’s complimentary wifi and laundry facilities, it’s pet friendly, you can take a spin on the easy bike rentals, and you’ll wake up to complimentary locally-roasted Water Avenue Coffee. Reflecting Portland’s permissive approach to pot, the hotel also offers a cannibas-themed “420 Package,” including dispensary accounts and a munchie kit. (Not that it chimes with me.)

My guestroom was loaded with tech-friendly features including flat-screen TV and speakers for my smartphone. Accentuating its designer stripes and quest for originality, custom hand-painted murals adorn each room – in my case, I went to bed with Marilyn Monroe every night, gracing my wall. But the starring feature of the hotel is Doug Fur Lounge & Restaurant, nestled in the corner of the property. Acclaimed as one of the nation’s finest small venues, it’s the combination of lively dining and live music that makes it such a winning destination, with its futuristic log cabin décor. The state of the art concert hall hosts some of the hottest acts in town, an indie-band magnet, and the nightly gigs were in full swing during my stay.

I checked out Daydream Machine, a Portland institution since 2012, with their neo-psychedelic take on dark Britpop sounds. In deference to the trending popularity of the hotel, Jupiter Next is an adjoining extension to the property, a purpose-built five storey boutique offering, faithful to Jupiter’s values but ramping up the style factor with luxurious touches. From its vantage point, you’ll enjoy spectacular unedited views of the city skyline, and ultra-contemporary novelties like self check-in kiosks, digital concierge services and keyless entry. It’s literally next-level.

While you’re in the neighbourhood, there’s some great finds in East Burnside. Top-shelf vintage stores include Bombshell Vintage, Hattie’s and Rock & Rose. Noble Rot is a dining highlight, pairing delicious dishes with a decorated selection of Oregon wines. The supremely restored Laurelhurst Theatre is a local go-to for classic flicks, while you can get your vinyl fix at the magnificent store, Music Millennium. Strike it lucky and you might just see a visiting band performing a short set in-store, before their evening concert. Yes, East Burnside oozes cool. www.travelportland.com

Driving on the other side of the road can be a challenge. Check that your travel insurance covers you for rental car insurance excess in the event of a few dings, an accident or theft of the rental vehicle. Cover-More’s Options policy covers up to $10,000 for rental car insurance excess on international trips (and $4,000 for domestic travel if hiring a rental car in New Zealand). Cover-More’s 24 hour global assistance centre is just a phone call away. Call 0800 500 225 or visit www.covermore.co.nz 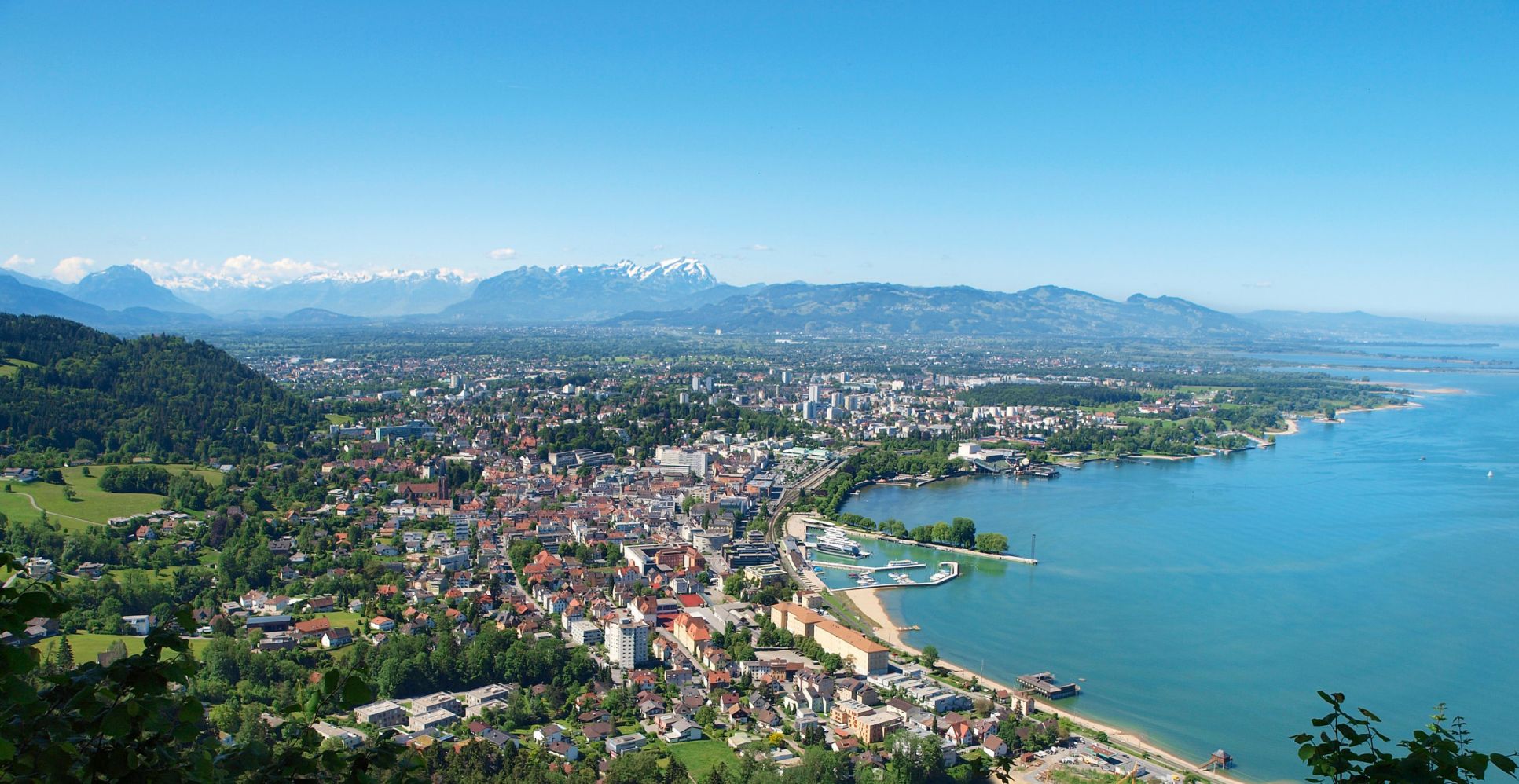