Endowed with a such a captivating streetscape, you’ll want to explore Chicago, the city that gave birth to modern skyscrapers from all angles: by boat, on foot and onboard a quintessential “El” train, rattling around The Loop.

Chicago’s elevated train system offers the added novelty of intimate office and apartment browsing, or should that be perving, as those trains screech past the downtown high-rises, from their lofty perch. But if you have a head for heights, hot-foot it to Skydeck, on the 103rd floor of Sears Tower.

Despite officially being renamed Willis Tower 9 years ago, the locals unflinchingly refuse to acknowledge the name change, insisting it will always be known as Sears. I love that. Previously the tallest building in the world until Petronas Towers eclipsed its bragging rights, Skydeck serves up horizon-searching panoramas, as far as 80km in range if the weather is behaving.

After bring whisked up 103 levels in just 70 seconds, Skydeck’s theatrical added feature is The Ledge. Four translucent glass observation boxes jut out from the side of the skyscraper, creating the sensation of walking on air, as you tenuously step out beyond the building’s edge.

There’s nothing between you and the 1353-foot vertical drop to the ground, but a trusty layer of see-through glass. Talk about having faith! I was expecting the experience to be a stomach-churner, but it actually felt strangely liberating. Be sure to snap an Insta-worthy Ledge to Ledge shot or two.

The movie might be over 30 years old, but many Skydeckers will also take the opportunity to recreate that indelible scene from Ferris Bueller’s Day off, with their heads pressed the windows. “It’s so peaceful up here!” Crowds and queues can soon billow here, but my early morning foray was blissfully unpeopled.

The John Hancock Building, informally named “Big John”, doesn’t enjoy the hoopla of the Skydeck. But it’s vaulted perspective towering above the Magnificent Mile on the shores of Lake Michigan is equally enthralling. The observation deck, 360 Chicago, is located on the 94th floor and is the only observatory with an open-air walk.

Stepping outside, it was a salutary reminder on how the city got its nickname. The wind felt cyclonic! A recent gimmick added to 360 Chicago is the Tilt, whereby a purpose-built bay of windows hydraulically dips 30 degrees, leaving you dangling over the Magnificent Mile, 1000 feet below. I had visions of freaking out, but Tilt is actually quite lame.

The mile-long stretch of North Michigan Ave, from the Chicago River to Oak Street is designer shopping in excelsis. You’d struggle to find a more spectacular parade of retail bling in such concentrated form. It’s swanky, glamorous and bedecked in flowerbeds. If you took New York’s Fifth Avenue and blended it with Beverly Hills’s Rodeo Drive, the Mag Mile would most likely be the glittering result.

Beyond the Bulgari jewellery and Prada bags, more accessible chain stores also stamp their presence in glossy premises. What really struck me is how the pocket gardens draping the sidewalks are so manicured and meticulously landscaped. Apparently local businesses band together to keep those flowerbeds maintained with precision.

Also in the neighbourhood, the only all-suite luxury accommodations on Michigan Avenue. The stirring Omni Chicago Hotel is looking even more resplendent, fresh from a multi-million dollar refurbishment. Boasting 347 suites, the bustle of the Mag Mile seems like a world away within the hushed, pampered and tranquil confines of this X-factor property.

Celebrating a sure-footed sense of place, I loved all the subtle design touches like the mirrors inspired by Cloud Gate and the legs on the bed that mimic the John Hancock building. Every conceivable creature comfort is catered for, while vintage city views await at the hotel’s rooftop garden and sundeck. 676 Restaurant is located on-site and offers classic comfort food with a twist.

The buffet breakfast is artfully executed – even the sausage patties are made fresh every day. Staff are ultra-attentive, passionately informed and they’ll go the extra mile to share Chicago’s magic with you. This is anything but a cookie-cutter hotel, with an inventive range of packages being constantly refreshed. Deep-dish pizza making classes, perhaps? www.omnichicagohotel.com

The Mag Mile is home to some sinfully good treats like Hershey’s Candy Store, a multi-sensory overload of colour and chocolate. But as is the case at all of their city outlets, a stream of humanity spills in and out of the Garrett Popcorn Shop, at 645 N. Michigan Ave. Join the line, pick up some sweet caramel and salty cheese popcorn, and it fast becomes self-explanatory why this for on-the-go sugar rush is such a smash-hit.

It’s a calorific catastrophe, but deep-dish pizza is as much a Chicago staple as Wrigley Field. Giordano’s and Gino’s East, are the deep-dish giants, both headquartered off the Mag Mile. I ventured to the latter, Gino’s East and their original restaurant, in East Superior St, where they have been engorging bellies for over 50 years. Revered by many, I thought it was a huge let down.

Their thick, golden-crusted secret-recipe corn dough is drowned in mounds of mozzarella cheese and topped with tangy tomatoes. Slowly baked in seasoned cast-iron pans until the crust if flaky, it was served in theatrical fashion, table-side, piping-hot, straight out of the pan. I was drooling like a 3-year old. But after just one piece, I felt bloated, weighed down by that scone-like base and cornmeal crust.

Give me a New York style pizza, and its famously thin crust, any day! Despite my disappointment, the original Gino’s East is a radiant venue, where chalk graffiti covers the exposed brick walls of this buzzing restaurant. It’s a must-try experience but keep your expectations in check!

For an unrivalled high-end dining experience, have a splurge and surrender to the degustation delights of Spiaggia, on the Magnificent Mile. It’s fancy, fun but not fusty. Setting the standard for Italian dining, Chef-Partner Tony Mantuano is at the helm of this superlative restaurant that faithfully honours the heritage of Italy and is constantly showered with awards.

Wine pairings are executed with imparted authority and playful finesse, reaching deep into their 700-bottle wine list. This is destination dining at its dazzling best. I had a lip-smacking lunch at Park Grill, the city’s ultimate room with a view, overlooking Millennium Park and that celebrated games court that transforms into a winter ice-skating rink. Contemporary American cuisine and year-round entertainment make this venue a city favourite.

Order up some share plates, like Rhode Island calamari and Beer battered cheese curds. Need a green fix? Their Cultural Mile salad is a tour deforce of supreme goodness.
In the heart of the business district, just down from Skydeck, I also recommend the Revival Food Hall. This all-local dining concept showcases some of the shining stars of Chicago’s prestigious culinary scene, under one roof.

The colossal 24,000 square foot venue is a triumph of repurposing, housed on the ground floor of The National—a fully restored 20-storey building, circa 1907. Best described as an artisan food hall, the slew of choices is mouth-watering. I plumped for a fabulously delicious Fat Shrimp Sandwich from the Fat Shallot. My big brioche bun brimmed with jumbo shrimp, seasoned with spicy ginger, sesame aioli, pickled red onion and lettuce. Despite the designer flair of the food hall, it’s surprisingly inexpensive.

If you need to burn off the calorific intake, take a riveting ride with Bobby’s Bike Hike. Boasting over 300 bikes of various styles including E-bikes, Bobby’s Bike Hike is conveniently located downtown on Chicago’s 20-mile lakefront bike trail. Combine some exercise with some guided sightseeing with Bobby’s Bites, Brews & Signature Dishes tour which starts from Lake Shore Drive and maximises that sizzling bike trail with a feast of lip-smacking diversions. www.BobbysBikeHike.com

If full-tilt sightseeing is on your agenda, the Chicago CityPASS will save you a packet. Enjoy direct-access VIP admission to a stack of essential attractions, including Skydeck Chicago, The Field Museum and the Art Institute. Skip most ticket lines and save up to 50% on admission. www.citypass.com
Another trusty sightseeing partner to expedite and enrich your urban adventures is BIGBUS Chicago, whisking you around the city’s signatures on an extensive, with the freedom to hop-on and hop-off whenever you want.

With United operating more flights out of its hub of O’Hare International Airport than any other airline, the new service to Chicago will provide customers with convenient one-stop code share connections to around 100 destinations across the US. One-way Economy fares between Auckland Chicago start from $1,019 (including taxes). Fares are also available via Los Angeles, San Francisco and Houston with onward connections to Chicago on partner airlines. Visit www.airnewzealand.co.nz to book or for more details. 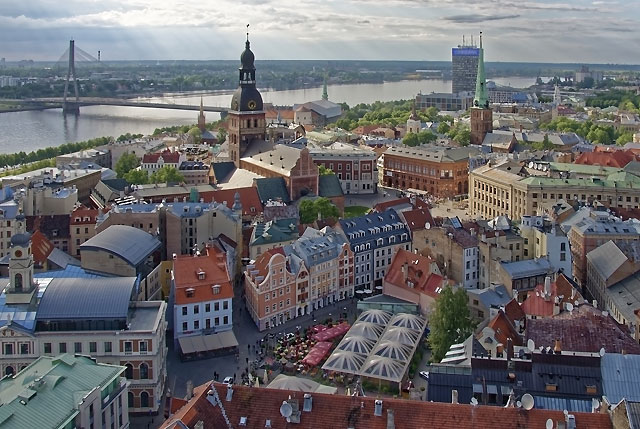 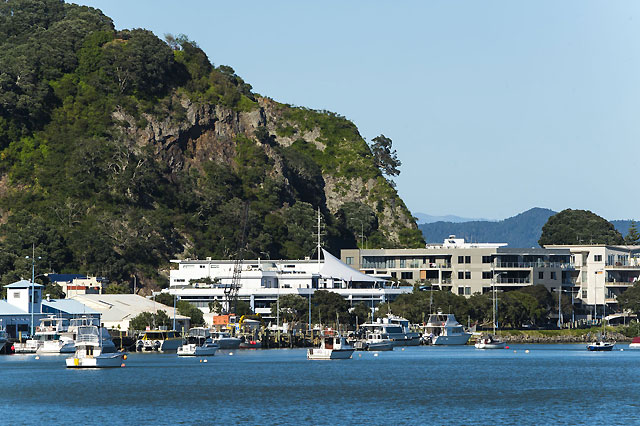 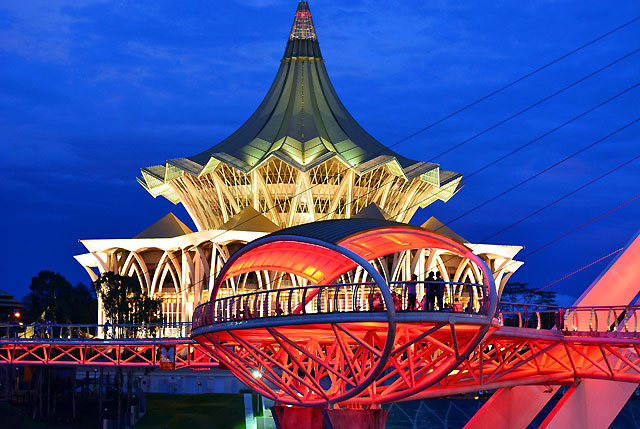 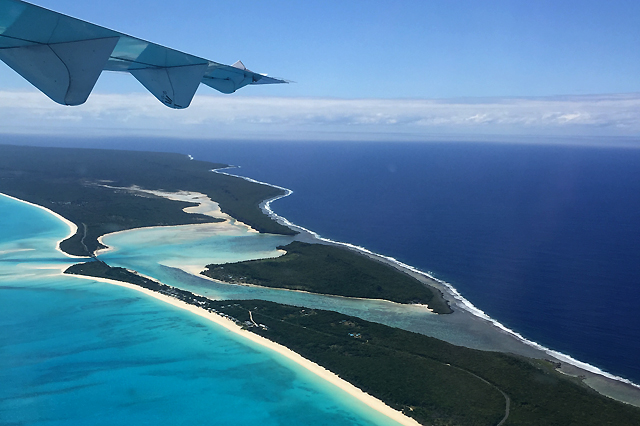